Bitcoin Certificate is the most commercialized product in Swiss Exchange

In a relatively short period of time, the bitcoin certificate has become the most traded structured product on the Swiss stock market, with consistent media coverage of well-respected financial media such as the Wall Street Journal and renowned regional media, which is undoubtedly a significant support for the promotion of the negotiations of these certificates and for the promotion of the value of the cryptocurrency itself.

Many multi-million dollar investors are investing in the bitcoin and cryptocurrencies market to better understand the technical complexities of digital coins based on blockchain technology. 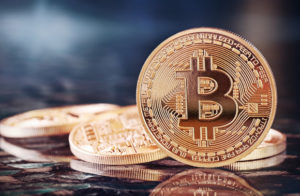 Bitcoin is being promoted in the Swiss market and demand has been such that it has the bitcoin certificate which is currently the most traded product on the Swiss stock market.

Regulated bitcoin exchange funds such as the Bitcoin Investment Fund of Grayscale Investments (GBTC) have also increased significantly in terms of popularity of institutional and regulated traders in recent years.

At the time of reporting, GBTC, which accounts for 10 percent of the bitcoin price, trades at $ 380 per share.

Since the beginning of 2017, the price of bitcoin has increased from $ 980 to $ 2362, surpassing the expectations of investors who have perceived bitcoin as a long-term insurance asset. However, in Europe and Asia, a growing number of companies and merchants have begun to adopt cryptography as a legitimate payment method and a digital currency.

With demand for bitcoin as a safe haven asset for institutional investors and as a digital currency for traders and users increasing at an exponential rate, analysts predict bitcoin prices to increase at a rapid pace in the coming months.