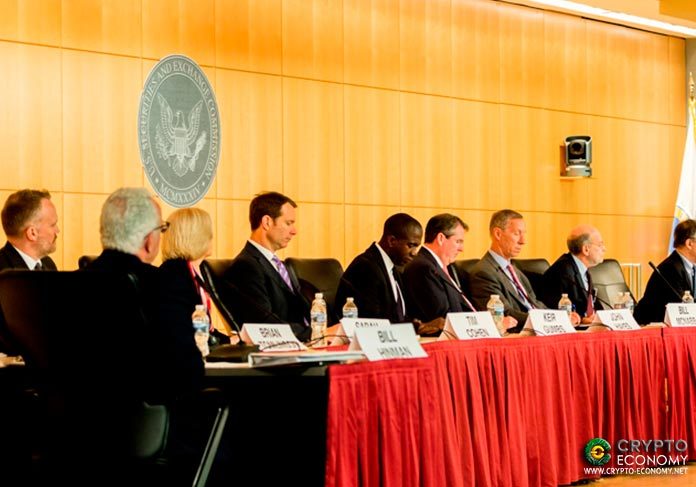 The US financial markets regulator Securities and Exchange Commission (SEC) on Monday announced the postponement on the decision to either accept or deny a proposed rule change to allow the establishment of a Bitcoin Exchange Traded Fund (ETF) from three proposers.

Two of the proposals by asset managers Bitwise Asset Management and VanEck/SolidX have been under consideration since early this year facing two prior postponements while the other by Wilshire Phoenix was submitted in June this year. Wilshire Phoenix’s has now just undergone its first postponement.

According to the Monday announcements, the decision regarding Bitwise and VanEck proposals will be made on or before Oct. 13 and Oct. 18 respectively while the third one will be made by September 29th this year.

According to former securities litigator Jake Chervinsky, who wrote on Twitter on Monday, the decision on both Bitwise and VanEck proposals cannot be postponed any further that the latest provided dates as the SEC would have exhausted its mandated timeline to provide a definite answer as to whether they are allowing or rejecting the proposals. Wilshire Phoenix’s proposal, on the other hand, has the possibility to be pushed further by another 150 days.

In its postponement announcements, the SEC stated that it:

It has become a trend over the past several years that the SEC has been unable to approve any ETF proposal. The Winklevoss twins were perhaps the first ones to propose this rule change but were turned down. VanEck/SolidX first made a similar filing back in August 2017.

It has since made two more filings since yet to be approved. In its May postponement of both proposals by VanEck/SolidX and Bitwise, the SEC appealed to the public to submit relevant comments for the agency to consider.

The public submitted overwhelmingly positive comments on the ETF decision, however, the SEC is not yet ready to approve a Bitcoin ETF rule change as of yet.

Its concern is mainly based on the possibility of market manipulation considering that the Bitcoin market is still relatively small. SEC chairman Jay Clayton has previously said that the agency has to feel comfortable about the measures that have been put in place to prevent price and market manipulations by these applicants as well as the safety of the underlying assets under custody.

Last December, SEC commissioner Hester Pierce, who has earned a title of ‘Crypto Mom’ said that SEC may or may not approve a Bitcoin ETF any time soon, but it will eventually. She said:

“Definitely possible could be 20 years from now or it could be tomorrow. Don’t hold your breath. The SEC took a long time to establish Finhub. It might take even longer to approve an exchange-traded product.”