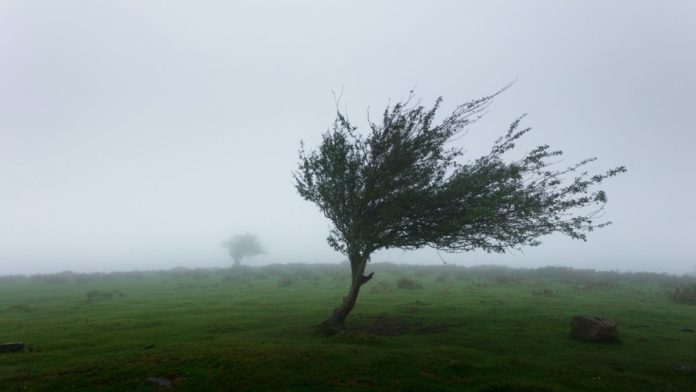 Fear, uncertainty, and doubt, the acronym for ‘FUD’ in Bitcoin [BTC] especially has been a strategy to influence perception by generating negative, misleading, or false information. Even as the robust decentralized infrastructure today stands tall on the first spot, there is no stopping the enablers or the FUDsters from swaying the market. But there’s hope.

Recent analysis suggests FUD is back in the Bitcoin market. Negativity in the market has soared and crowd sentiment has hit the lowest point. According to the prominent crypto-analytic platform Santiment, FUD has hit record levels and this kind of negativity in the BTC market leads to positive outcomes after shaking off the weaker hands.

“Crowd FUD has hit historic levels toward Bitcoin, according to our algorithm measuring commentary volume, combined with positive vs. negative BTC scores. Severe negativity has historically led to inevitable price bounces after weak hands drop out.” 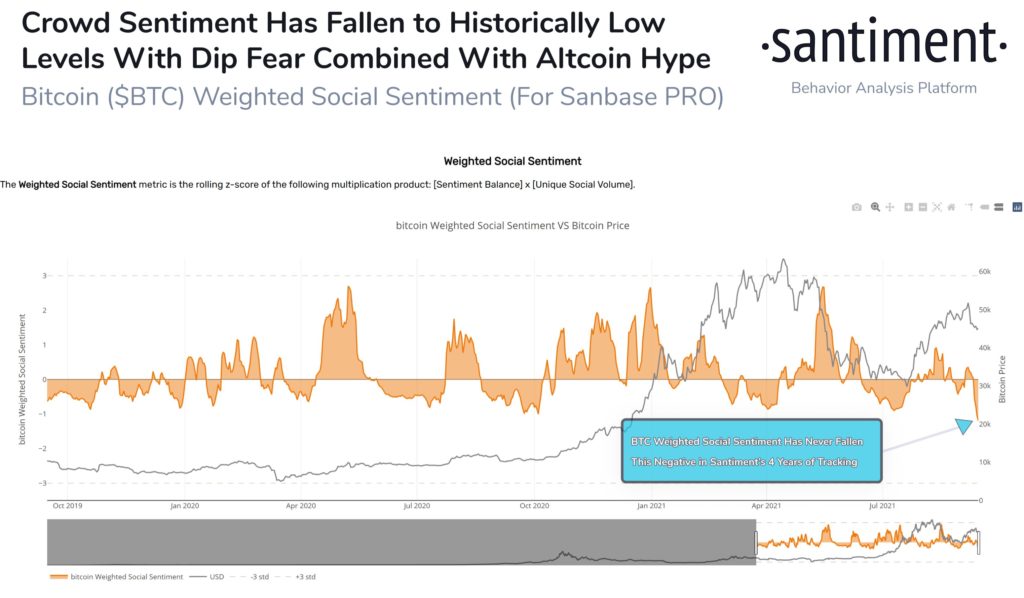 Last week, Bitcoin reached $52k after four long months. As it marked a local top, concern regarding its price correction cropped up. But these were not limited to just conversations. Price did fell, liquidations followed suit. It was during this time that FUD engulfed the market yet again. As of now upside in the BTC market appears to be limited. However, the stagnancy near the support could be brief if history repeats.

The storm has settled but there’s more 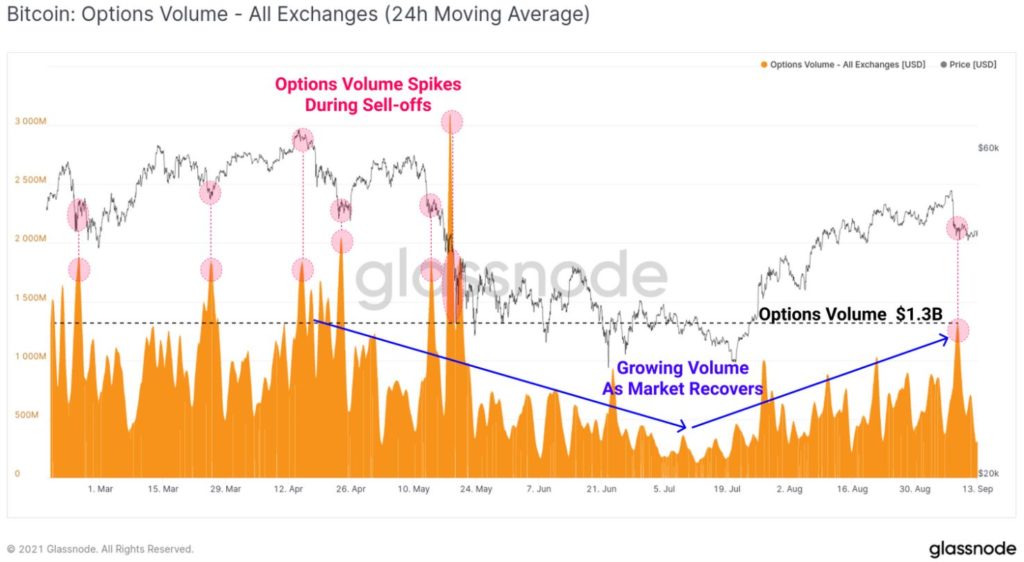 During the sell-off, BTC’s Open Interest [OI] of the perpetual Futures market plunged. The funding rates also took a hit. However, over the past week, the figures for funding rates have bounced back to the positive territory even if it is yet to reach levels last seen after May’s recovery from the crash.

But the development is crucial which depicted a rise in positive sentiment. Investors believe that price will pan out in the bulls’ favor. To put things into perspective, there are more than 12.9k and 13.4k contracts betting Bitcoin to climb $50k and even an outlandish $100k.

According to Skew, $50k is the strike with the largest options open interest for the BTC quarterly expiry next week which makes the target point even more likely. The expiry will potentially offer more clarity on where Bitcoin is actually heading. 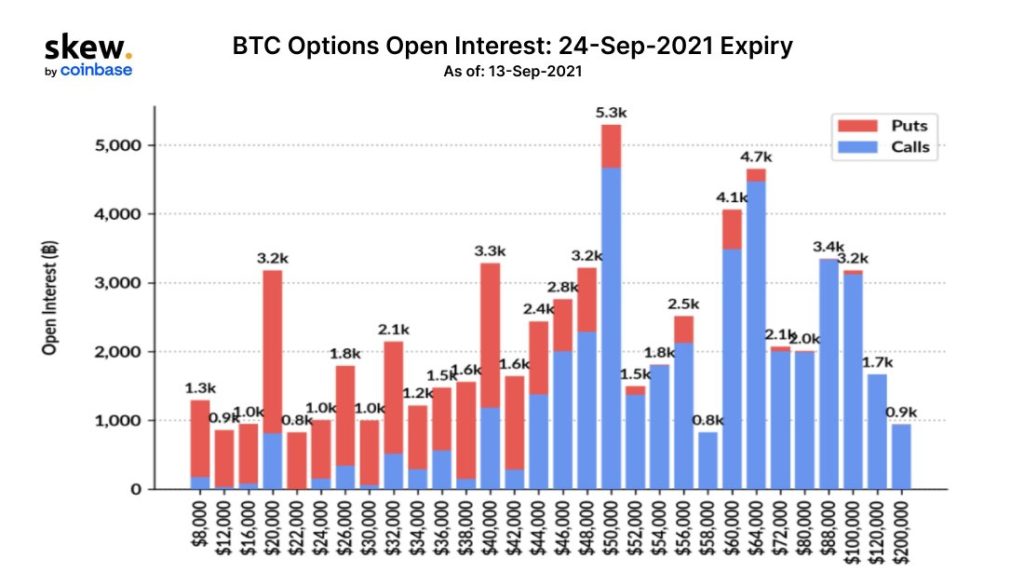 On a similar note, Arcane Research stated that the storm has settled in the market, and prices have resumed into a very tight consolidation range around the $45-46k area. Things to look promising for the futures market as well which has witnessed “a dose of healthy deleveraging, leading the bitcoin denominated open interest to decline from 360K BTC to 310K BTC.”

“The most reckless bulls from Bybit have forcefully been closed out of their positions, and both the funding rates and the futures premiums have seen a healthy reset.”