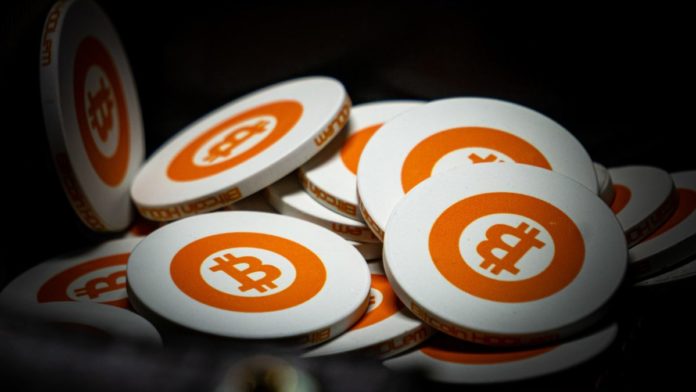 Bitcoin’s [BTC] price has continued to gyrate below the psychological resistance level of $60K. This rendered swing trade probabilities unattractive. But 2021 is the year that witnessed Bitcoin in strong hands, great support, and most importantly backed by strong fundamentals.

We are still in a healthy bull market. This was revealed by Rafael Schultze-Kraft, the co-founder and CTO of the blockchain intelligence platform Glassnode. The world’s largest crypto-asset saw unprecedented capital inflows as measured by realized capitalization.

Over the past 6 months, the realized cap has risen to an astonishing level of $250 billion. This meant that the capital inflow into Bitcoin has surged by approximately 200% during the said time period. 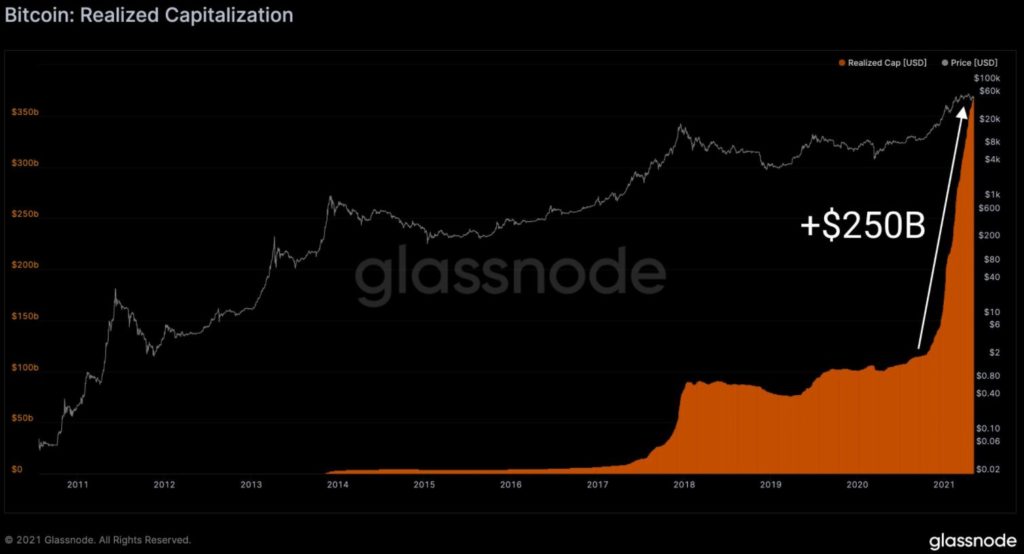 In addition, the realized cap has been increasing steeper relative to Bitcoin’s market cap over the past several weeks. This has led to a decline of MVRV even as the crypto-asset’s prices movement was dull and was tightly bounded within the $55k-$59K range. 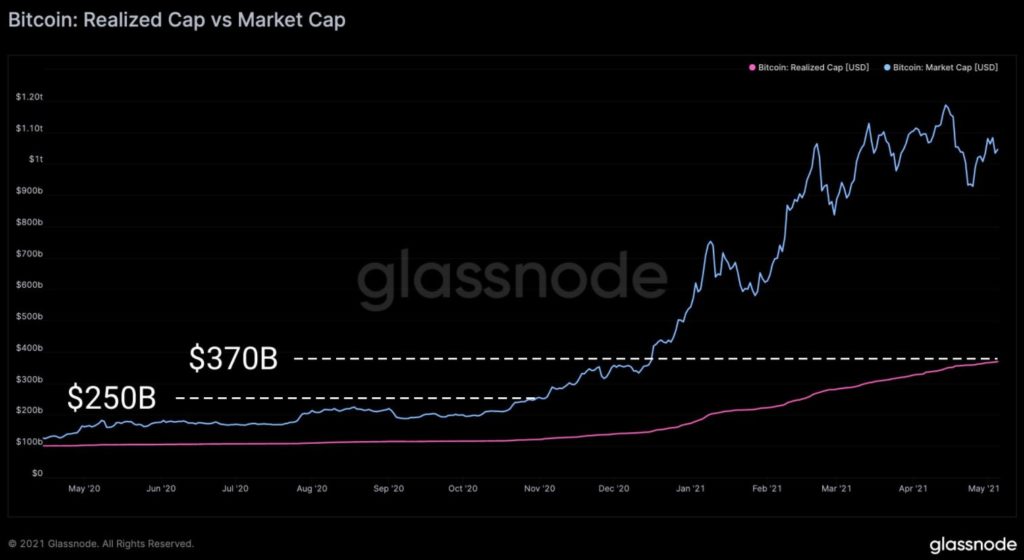 To put things into perspective, it is important to note that the entire Bitcoin market cap was only about $250 billion six months ago. Glassnode’s data pointed that the same amount of realized cap has increased since then.

“Realized cap is now as high as market cap 5 months ago, in mid-December.”

Stablecoin Supply Heats Up; Where Is Bitcoin’s Headed?

Looking at the broader picture, it was also found that the circulating supply of the world’s four-largest stablecoins has soared to new all-time highs. This demonstrated that the buyers could potentially trigger a rally for not just Bitcoin but also for the cryptocurrency market.

According to yet another data compiled by Glassnode found that the collective market capitalization of Tether [USDT], USD Coin [USDC], Binance USD [BUSD], and Dai [DAI] has spiked by approximately 190% from a mere $27 billion to nearly $78 billion since the starting of 2021.

“Recent stablecoin inflows have pushed the Stablecoin Supply Ratio (SSR) down to a value of 13.4, which is approaching the all-time-low of 9.6. SSR has been persistently low during 2020 and 2021 as stablecoin supplies have grown proportional to the growth in Bitcoin valuation.”

By convention, a low and declining value of SSR is indicative of a rising global stablecoin supply relative to the Bitcoin market cap. Hence, the increase in the total supply of stablecoins suggests an increased ‘buying power’ of crypto-native capital that can be eventually exchanged and traded into Bitcoin and other digital assets.

0
Bitcoin (BTC) surges above $41K on Wednesday morning, March 9, amid the news that US President Joe Biden has signed an executive order which supports crypto innovation.
Read more
CryptoCurrency News

0
QiDAO today announced an exploit in the network claiming all the funds are safe, but the situation is still worrying investors. This platform uses...
Read more
Bitcoin News

0
Bitcoin along with the host of cryptocurrencies have turned green as the Federal Reserve announced that it will ramp up the decrease of...
Read more
- Advertisment -
Posting....