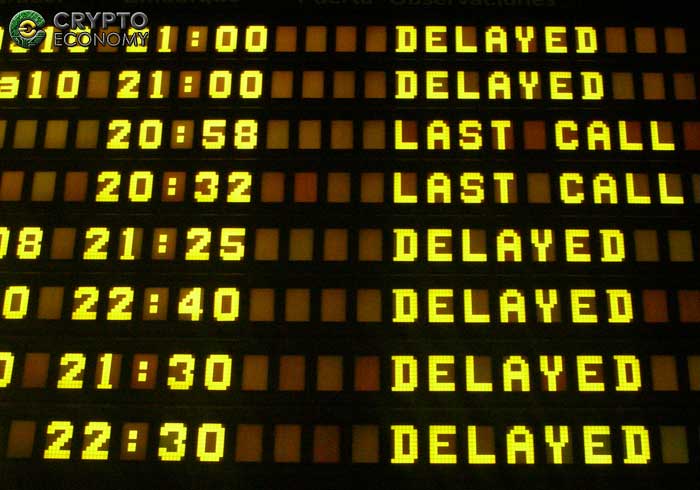 The US Securities and Exchange Commission (SEC) has again postponed its decision on the proposed rule change that will allow the establishment of a Bitcoin Exchange Traded Fund (ETF) by investment firm VanEck and blockchain company SolidX on the Chicago Board Options Exchange (CBOE).

In a statement released yesterday December 6th, the SEC gave a new deadline for February 27th, 2019 for making a determination on the rule change. The statement reads partly:

According to the Securities and Exchange Act, the SEC is allowed a time period not longer than 240 days to make a decision on such a matter.

In this case, both VanEck and SolidX firms filed with the SEC to list a Bitcoin-based ETF on June 6th this year. According to the stipulated timeline, the SEC has to give a determination on whether it is allowing a rule change or not by the end of February.

The commission has previously delayed making a determination on this ETF twice, the first time being in August and the second in September. Yesterday is the third and final opportunity to delay its decision.

Back in August this year, the SEC rejected applications for similarly proposed rule changes to allow the establishment of Bitcoin ETFs submitted by ProShares, GraniteShares, and Direxion. Less than 24 hours later the commission reneged on its decision and allowed for more time to review those applications and requested the public to submit comments in support or favor for the proposed rule changes.

The market has been marred with uncertainty as to whether or not the SEC was going to approve the rule change. Moments after the SEC released its statement, the cryptocurrency market took a nose dive with Bitcoin shedding 10% of its price in the last 24 hours.

The market lost $11 billion in the few hours that have followed the announcement. Bitcoin is currently priced at $3,402 and the overall market valued at $107 billion, down from $117 billion a few hours ago.