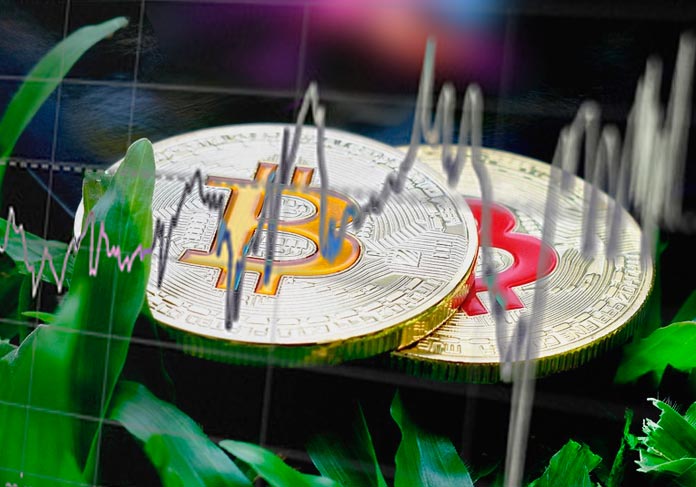 As a volatile asset, Bitcoin [BTC] price are fluctuating, up and down like a see-saw. However, that is not to say there is no opportunity. Despite the shrink, bulls are firmly in control. No doubt, the rapid rise of BTC prices in the last few days has been impressive.

In the height of that spectacular run, BTC was up 111 percent year-to-date, more than doubling after hitting rock bottom at $3,200. As sentiment change and expectations run high, there is a chance that late comers will be wrecked. This happens every time and especially when prices are about to peak.

It’s a case of selling to the highest bidder affirming the popular “Greater Fool Theory.” Presently, this correction will fairly price Bitcoin and as often the case, the welcomed spike in prices will be likely followed by a period of consolidation before buyers resume, thrusting prices higher.

When that will happen is tentative and triggers will depend on a lot of intertwining fundamental factors. One is the slowing down of the global economy. No doubt, this is forcing fund managers to seek rent from safe havens, benefiting the likes of Bitcoin and gold.

At the same time, if the SEC ends up approving any of the many Bitcoin ETF applications, then it will be the perfect primer ahead of next year’s halving and uncertain US presidential election. 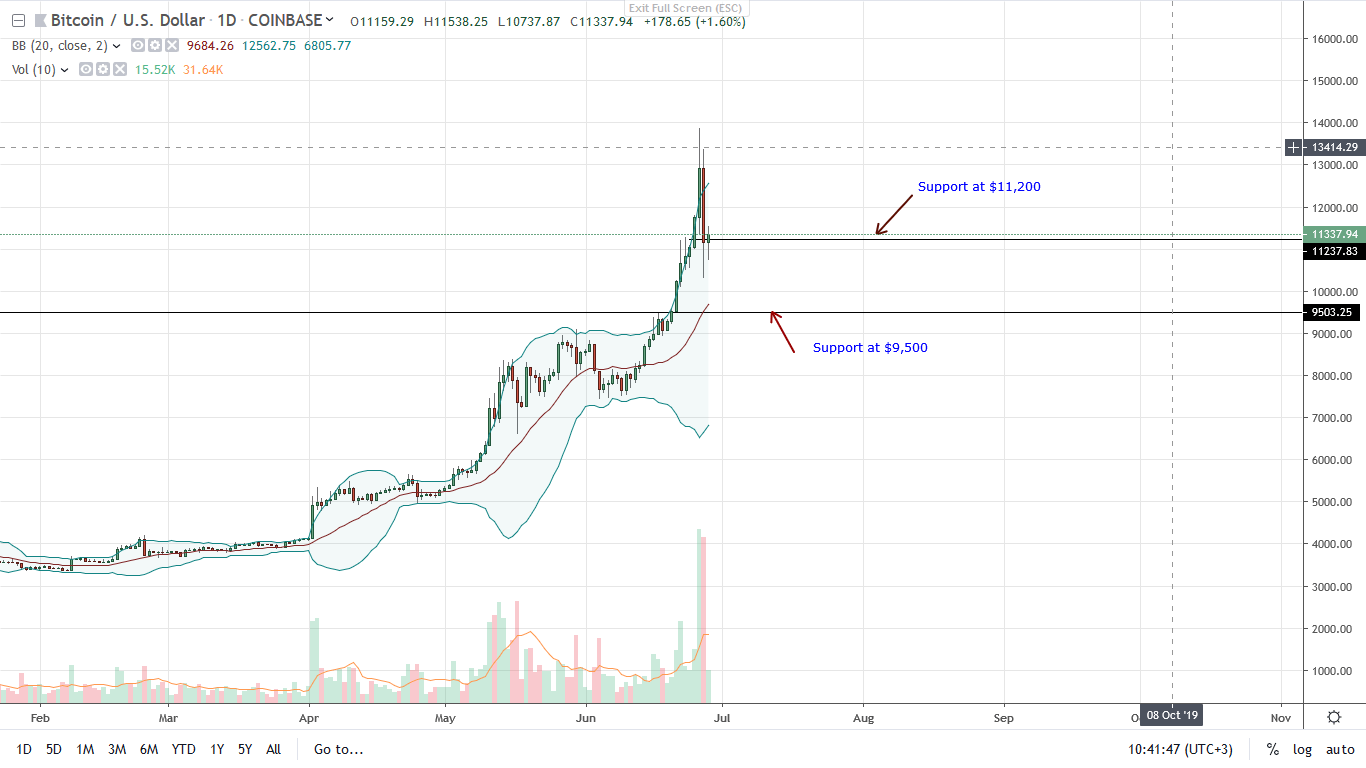 Prices may be floundering in an inevitable correction but that won’t take away bulls’ outstanding job. It has been a spectacular week. In a correction, buyers are ready to fine tune their entries at expected correction levels or even ride bears down to $9,500 or $10,000 levels.

From candlestick arrangements, there is a double bar bear reversal pattern correcting the overvaluation of June 26. Marking that extension was a spike of participation as buyers went into a frenzy following a two-day advance that saw BTC rally $2,300 after surging past $10,000.

However, the yesterday’s draw down was marked by a drop of trading volumes at 77k compared to 82k of June 26. That is significant especially as it reaffirms buyers are in control despite the slide from an effort versus result point of view.