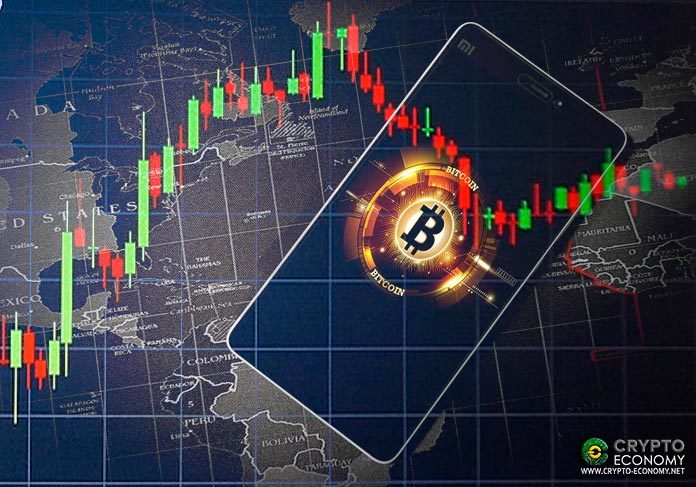 So far, it has been an impressive year for cryptocurrency investors and Bitcoin. Bitcoin, despite all the FUD of last year, is still king and preferred by both set of investors-retail and institutions.

Fueled by prospects of next year’s halving, changing regulators and increasing awareness plus the possibility of the US SEC giving the green lights to Bitcoin ETF by next year, the future is indeed bright. And that is aside from considerations of next year’s uncertainty.

Next year, the US electorate goes to the polls in what could be prove definitive to the financial markets in general.

Bitcoin and Gold as safe havens may end up tapping capital and gaining in the process. In the meanwhile, the overriding concern is volatility.

Analysts are of the view that margin trading is contributing to this. Jeff Dorman, chief investment officer of asset manager Arca said:

“Retail investors and the public, in general, have not stepped in yet, leaving only institutional investors who entered early (during Q4 2018) and whales using leverage.” 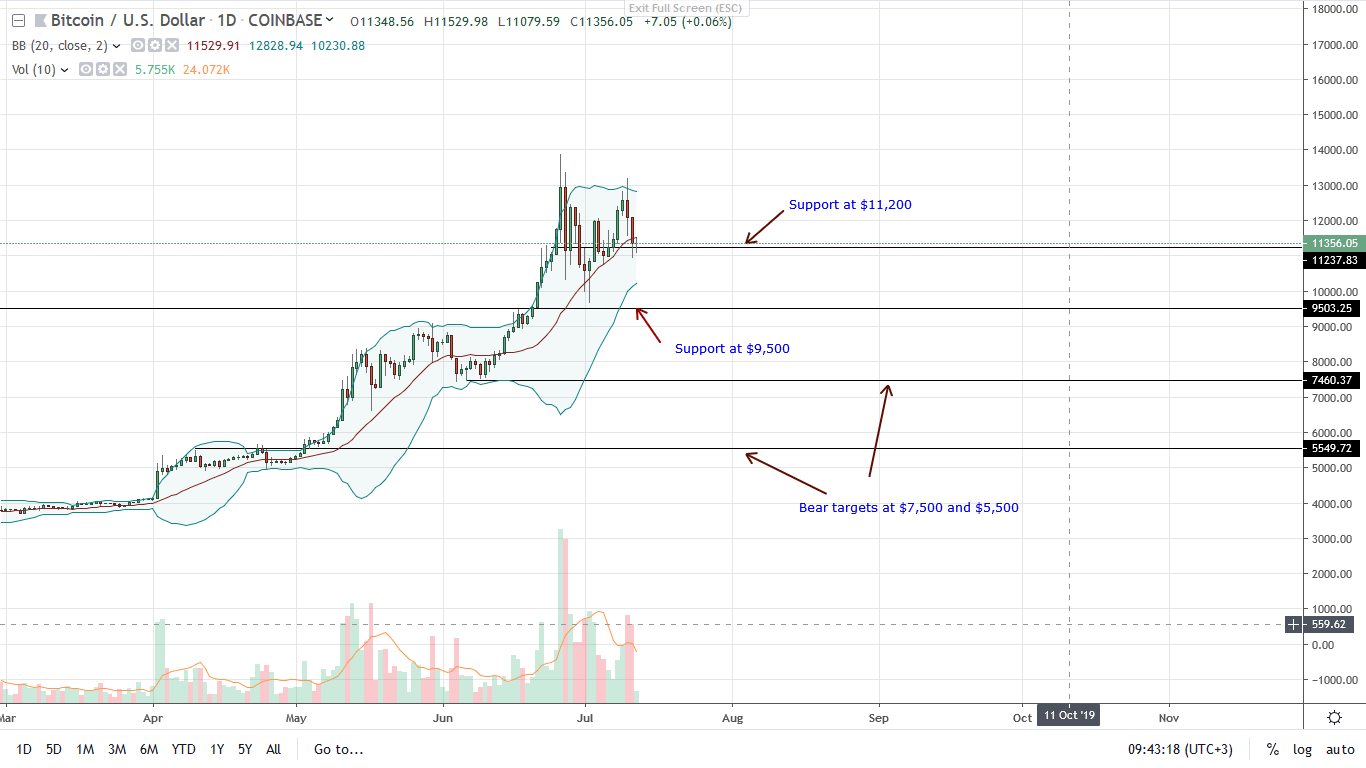 At the time of press, Bitcoin [BTC] is under pressure. Even though buyers have a chance as long as prices are trending above $9,500, bears are clearly pressing lower. Nonetheless, prices are pretty stable and back to the middle Bollinger Band (BB).

Unless otherwise there is mass liquidation confirming the double bar bear reversal pattern of June 26-27, buyers stand a chance to absorb incoming sell pressure, shake off bears and blast past $14,000 or June 2019.

In the meantime, any breach of $11,200 automatically confirm weakness and that minor bear breakout could feed bears angling at $9,500. Stated before, BTC rise is thus far spectacular and like the cyclic nature of tradeable assets mean that a correction is always around the corner.

In this case, bears have the upper hand and from candlestick arrangement alone, prices are likely to tumble than to rally at least in the short to medium term. Any rally, forcing a breakout above $14,000 ought to be with high trading volumes exceeding 82k of June 26.

0
The crypto market has gone into a freefall yet again as Bitcoin posted another long red candle to move below $19,000. The global crypto...
Read more
- Advertisment -
Posting....
We use cookies to ensure that we give you the best experience on our website. If you continue to use this site we will assume that you are happy with it.OkPrivacy policy