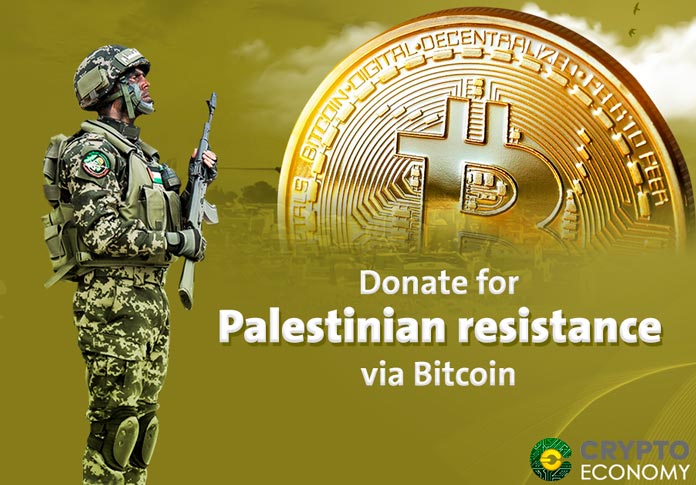 Bitcoin, the pseudonymous flagship cryptocurrency network has long been a fan favorite for privacy-conscious internet users but especially so for nefarious individuals including black-hat hackers as well as terrorist organizations. Over the past few years, as the United States and other economic juggernauts have placed sanctions on less corporative countries, these countries have been forced to incorporate the use of cryptocurrencies to circumvent these sanctions. Now the effectiveness of these sanctions could be widely debated upon but one negative lesson that they are causing is that terrorists have noticed that they too can use this same technology to finance their activities.

One such terrorist organization that has picked up Bitcoin to be its fundraising model is the armed wing of Hamas, popularly known as the Izz el-Deen al-Qassam Brigades. The group laid siege to the formerly controlled Palestinian Gaza Strip, land it has been calling home for the past ten years. The group has been using more traditional means to finance their activities including bank transfers from donors based in countries such as Egypt and Iran. However, due to sanctions by countries including the United States, the United Kingdom, Australia, and New Zealand, most of their sympathizers have been barred from donating through the conventional methods. 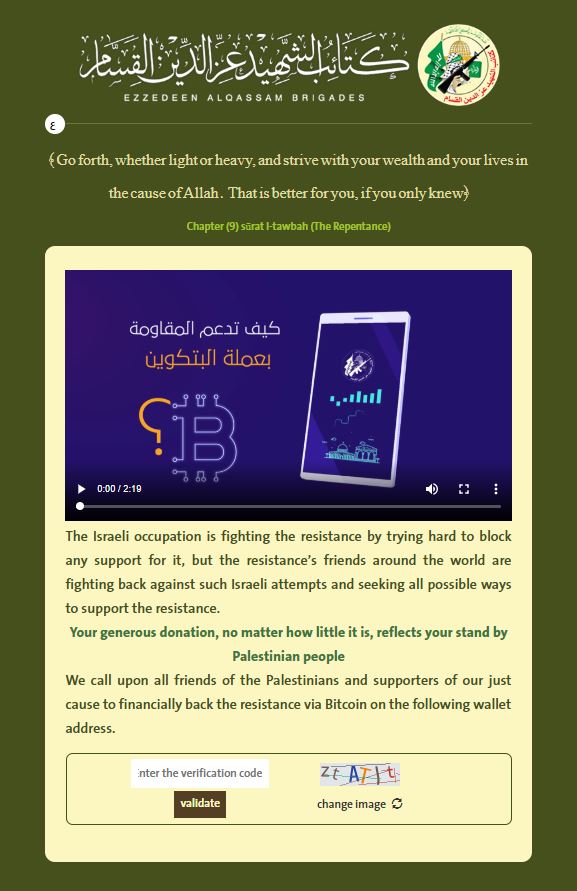 Starting this January, the organization started to accept donations in Bitcoin. Initially accepting donations through a single Bitcoin address, the organizations have since developed a system that generates a unique address every time an address is used. According to London-based blockchain analytics firm Elliptic, this practice was probably adopted to make it harder to track the donors as well as the funds going into the organization’s coffers. Elliptic, which has been tracking the activities of Izz el-Deen al-Qassam Brigades since it started accepting donations in Bitcoin, reported to Reuters that the group has received more than $7,400 in Bitcoin so far.

In comparison to their previous donations channels, the amount received through Bitcoin is a drop in the bucket. However, according to Elliptic co-founder Tom Robinson, the group is experimenting in order to find a means that works best for it as well as its donors. “They are still in experimentation stage – trying it out, seeing how much they can raise, and whether it works.” In their donations page, the group has put up a video that helps its donors learn about Bitcoin and how to avoid being tracked by law enforcement while supporting terrorist activities.