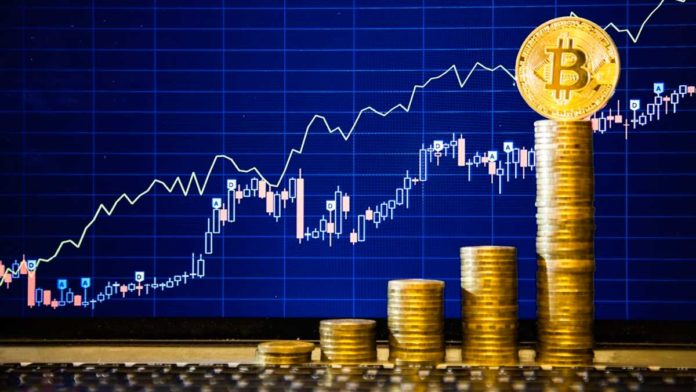 Bitcoin is no doubt one of the top performers reading from price action in the daily chart.

By adding double-digit gains in the last seven days, the coin is on the brink of breaching $60k and even retesting $64k in subsequent sessions.

The spike in valuation could stem from the anticipation from the wider cryptocurrency community.

The U.S. is now the Bitcoin Mining Capital of the World

First, the decoupling of crypto from China has been received positively.

Less than four months after China doubled down its efforts of banning cryptocurrency mining, activity is shifting to the west.

Recent data reveals that the U.S. is now the home of Bitcoin mining, a net positive for the sphere and the endorsement of new technology.

BREAKING: The U.S. is now #1 in bitcoin mining, beating out China for the first time ever.

One third of the #bitcoin  hashrate now sits in US borders. A 428% increase from September 2020.

History has been made. The great migration is complete. Now we fight to keep it here.

Second, the U.S. SEC chair, Gary Gensler, and his counterpart, Jerome Powell of the FED, have stated that the country has no intention of banning cryptocurrency trading or mining.

Ted Cruz, a U.S. Senator, even chimed him, saying the energy-intensive nature of Bitcoin mining could strengthen the country’s electricity grid.

Transcribed Sen. Ted Cruz' comments on Bitcoin and energy from the Texas Blockchain Summit this week. My jaw dropped while listening – he has the most enlightened perspective on the issue I've ever come across from a policymaker pic.twitter.com/iu90oukr2w

For a long time now, Bitcoin mining and its requirements have been thought of as being positive, helping in improving energy systems as helpful “batteries.”

Away from mining, there are hopes that the U.S. SEC could approve the first Bitcoin ETF.

NOTABLE: Valkyrie just updated their bitcoin futures ETF prospectus (which typically only happens when ducks in row ready for launch). They added their ticker $BTF, altho no fee still. Can't say this is done deal type evidence but a good sign IMO. pic.twitter.com/GlQo4C1lBc

As Eric Balchunas, a Senior ETF Analyst at Bloomberg, notes, an update by Valkyrie on its Bitcoin ETF prospectus could signal possible approval.

Often, Eric explains, changes happen when the ETF is ready to launch—a milestone for crypto and Bitcoin. 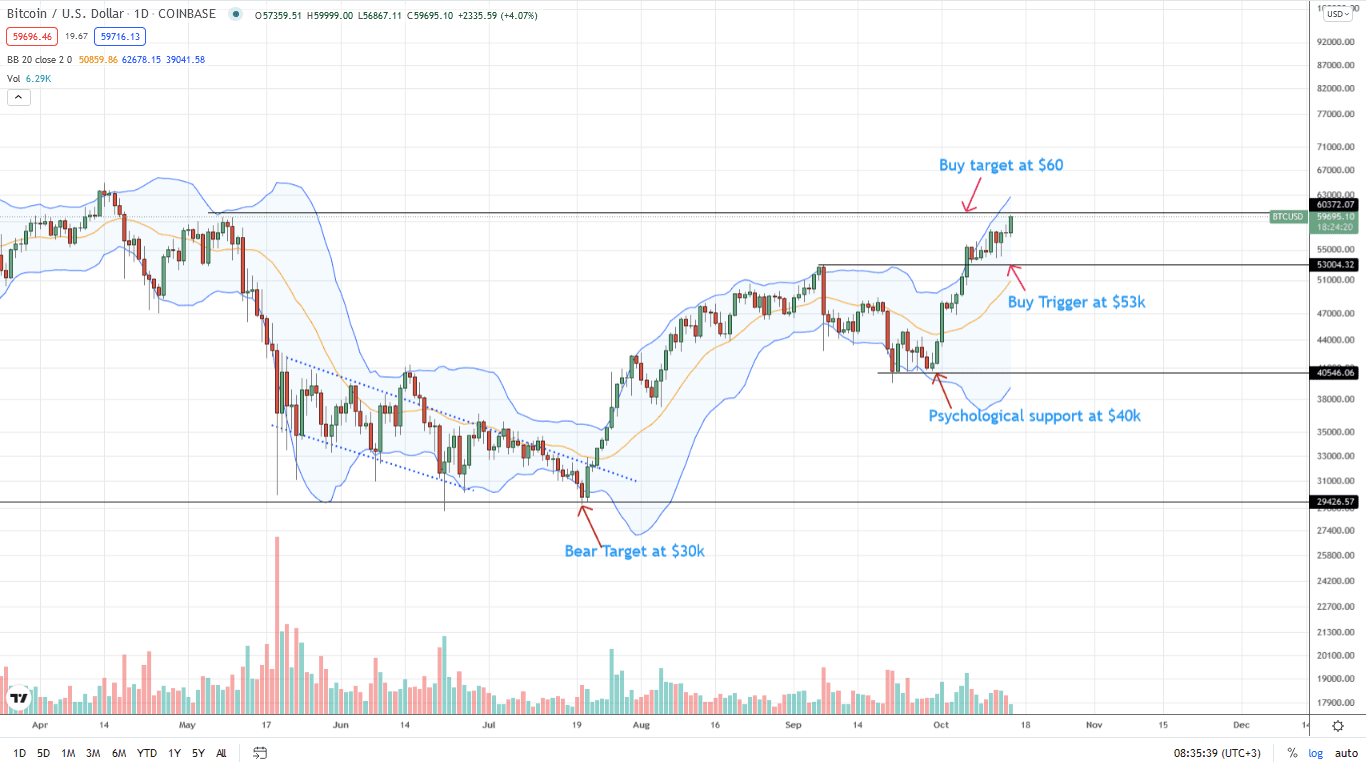 The Bitcoin price is trading at around H2 2021 highs.

As of writing, the coin is up three percent and less than $1k away from clearing $60k.

Technically, aggressive BTC traders may load the dips anticipating the break above $60k in a buy trend continuation of the early Q3 2021 trend.

On the flip side, risk-averse traders may place limit orders above the psychological level in expectation of a solid, high-volume surge above the liquidation line. In both cases, BTC may likely print new highs above $64k.

However, losses below $53k may mark the end of the uptrend. How far prices would drop depends on the trading volumes–a high-volume break below may see BTC fall to $45k.