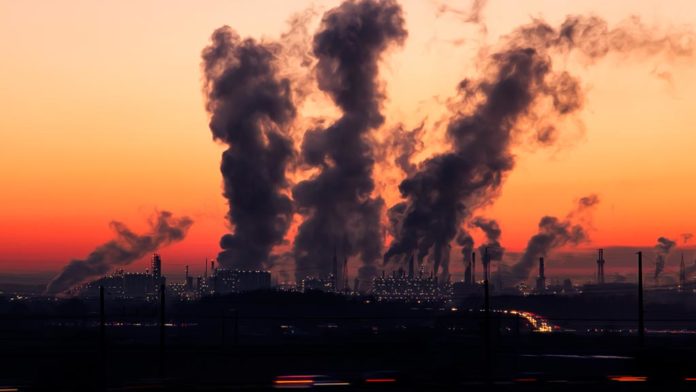 Bitcoin (BTC) CO2 emission is far less when compared to banks that are investing heavily in fossil fuel projects.

A report by The Guardian cities a study published by environmental campaign groups Greenpeace and WWF that British banks fund activities that pollute as much as a top 10 country in the world. The study reveals that British banks provided loans and investments for projects and companies that emitted 805 megatons of CO2 in 2019, which is nearly the double of UK’s own carbon footprint.

According to a study, UK’s annual net emissions in 2019 were 455 megatons, without considering the carbon footprint of the aviation and shipping industry. The project fund by British banks released 805 Megatons of CO2 in the atmosphere.

In comparison, some calculate that Bitcoin’s (BTC) carbon footprint is 57.88 megaton (Mt), equivalent to the carbon footprint of Libya. This means that British banks funded CO2 emissions were 14 times of Bitcoin.

But there much related to banks and fossil fuels. Another study “Banking on Climate Chaos” shows that the investment of the big banks in the exploitation of fossil fuels has only been increasing. The report analyzes fossil fuel financing from the world’s 60 largest commercial and investment banks and finds that these banks poured a total of $3.8 trillion into fossil fuels from 2016–2020. Investments declined in 2019 and yet 2020 levels remained higher than in 2016.

The leading investors in these polluting energies were all from the United States with JPMorgan Chase leading by 33%. Others includes Citi, Wells Fargo, and Bank of America.

After Tesla’s move, Bitcoin (BTC) dropped almost 50% in value, creating a chaos in the entire crypto market. Taking the environmental impact seriously, MicroStrategy CEO Michael Saylor brokered a successful meeting between Elon Musk and several top North American Bitcoin mining firms. After the meeting, a Bitcoin Mining Council has been formed where miners involved will provide current and planned renewable usage transparency, and will lobby other mining operations across the globe to do so as well.

Bitcoin is also pulling its nose up from the recent dive as cross $40 K again on Wednesday, May 26. Bitcoin is now changing hands at $40,267 at time of writing.