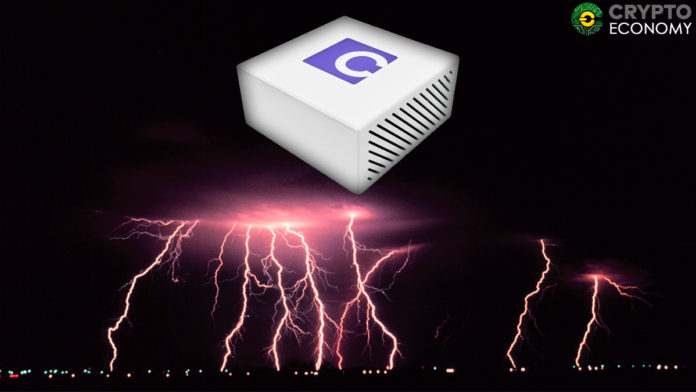 Bitcoin custody services provider Casa has launched its latest Bitcoin and Lightning Network Node devices dubbed Casa 2. These will be the second iteration of their successful Casa nodes it launched in the fall of 2018.

The new devices are much faster with better and expanded features as compared to the current model in the market.

In a Tuesday announcement of the launch of the Casa 2, Casa revealed that the new devices will sport an expanded memory chip with 4GBs of RAM aboard the Raspberry Pi 4 motherboard. In addition, the Casa 2 will ship with 1 Terabyte of SSD storage, making it faster and lighter to run.

Our original Casa node did a GREAT job as a full Bitcoin and Lightning node in a reliable, easy-to-use device.

But we wanted to do more, and knew we’d have to improve the hardware in order to do it.

The hardware is not the only improvement that comes with the Casa 2 node. The newly launched devices will ship with a new version of the NodeOS with an improved user interface that allows for switching between light and dark modes.

Casa says that the NodeOS will have a completely new design and added functionality.

With the new OS, Casa has created a feature that allows users to add applications to the Node.

As an example, Casa will be rolling the Casa 2 nodes already bundled with the BTCPay Server.

BTCPay Server is a self-hosted open-sourced Bitcoin payments processor that allows users to receive payments directly to their wallet while also obfuscating their identities as well as the privacy of their customers or transaction partners. Casa says that there will be more additions in the future.

For existing Casa clients, the new devices will be available to them with their current yearly subscription of $300, due in their respective upcoming due subscription.

Casa informs that if a current subscriber wishes to renew their subscription to receive the new nodes sooner, they will be awarded an extra year of subscription at no extra cost.

However, if you’re a new client, the Casa 2 will be sold together with the annual subscription to you at a fee of $399. Casa says that this is an attempt at rewarding its initial customers for their trust and business.

Speaking to an industry media this week, Casa CEO Jeremy Welch revealed that since the launch of the Casa node last year, the company has shipped about 2,000 devices to customers in over 65 countries.

However, Casa cannot be able to tell from which location any of their devices are being run.

The beautiful thing is, we have no idea where all these nodes are. They are connecting via Tor – it’s all about privacy protection.

0
Tone Vays posted a video detailing his views on the future trend of Bitcoin and a possible capitulation that will happen. As his own...
Read more
- Advertisment -
Posting....