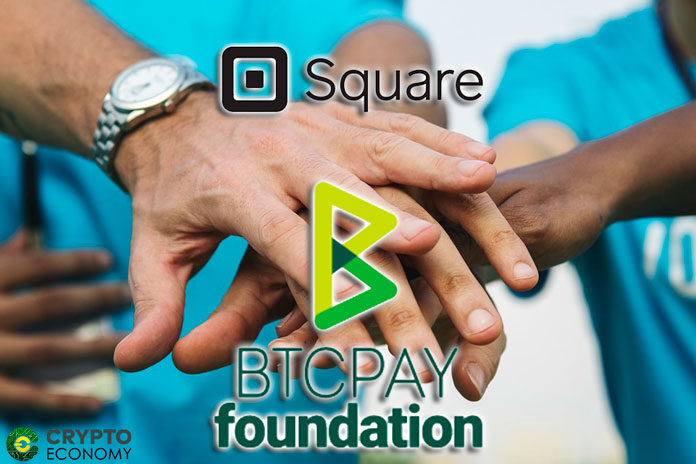 A tweet on the Twitter handle of Square Crypto links itS followers to a blog post in which the company announces a grant of $100,000 to BTCPay Foundation in support of BTCPay Server, an open-source cryptocurrency payment processor. According to the firm, Square Crypto was founded to improve and promote bitcoin and in this spirit, the firm is providing many grants to support open-source bitcoin projects.

This grant provides $100,000 to the BTCPay Foundation in support of BTCPay Server. It can be used by BTCPay to create anything, as long as it’s free and open-source software that improves the security, scalability, privacy, user experience, or fungibility of bitcoin — or all of the above.

BTCPay represents everything we love about open-source bitcoin projects. It exemplifies the ideals of our community and promotes adoption by letting merchants accept bitcoin, control their private keys, and self-validate their coins. It also creates powerful real-world applications for bitcoin without sacrificing user experience or requiring trusted third parties.

We’re excited to announce the BTCPay Server Foundation. The Foundation is an entity independent of the BTCPay project. Its goal is to ensure continued financial support from corporate entities and allow heavily invested contributors to focus on the core mission.

BTCPayer Server, founded in 2017 by Nicolas Dorier, a bitcoin developer, is free and open-source software, released under MIT license. It enjoyed a rapid growth of users and contributors since it’s launch. It aims to help businesses and individuals achieve self-sovereignty regardless of their political, geographic or financial barriers.

According to the blog post by the company, it was a one-man project in the start but today, it is a versatile technology-stack built and maintained by passionate volunteers around the world.

In March 2019, the CEO of Twitter, Jack Dorsey, unveiled Square Crypto to support Bitcoin and the growth of decentralized networks through the use of development, design, and marketing. Talking about his move, at that time, he said that the internet should have its own currency but it didn’t have the right technology until the launch of Bitcoin as it has the potential to do so because it was borned on the Internet, developed on the Internet, and tested on the internet.