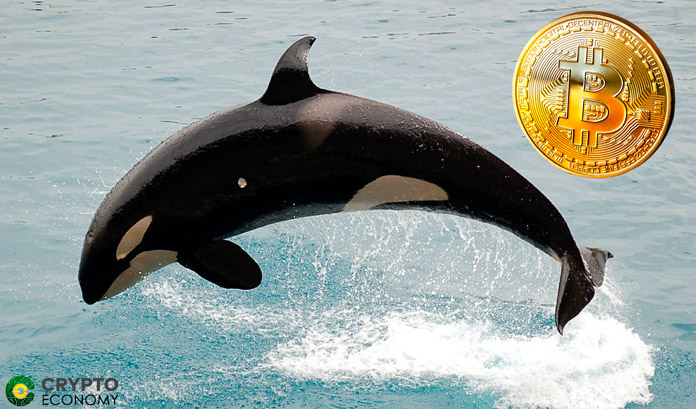 Bitcoin whales – whales being an industry term referring to individuals or entities owning wallets with significant amounts of cryptocurrency – who have been previously dormant are now reportedly on the move. Over the weekend, Bloomberg released a report detailing an interview that the media outlet had with a team from cryptocurrency analytics provider Flipside Crypto. According to the report, Bitcoin whales that have been dormant between the past 6 months to 2-1/2 years started moving their coins. Flipside Crypto has also confirmed that in the past thirty days, active digital wallets are controlling more than 60% of the total coins in circulation.

There is both a concern and cautious optimism to be expected once these whales start moving coins either into or out of their digital wallets. To put this development into perspective, Bitcoin network is a highly centralized network in terms of ownership of the asset. Looking at the Bitcoin Rich list, as less as 1,000 wallets control more than 85% of the total coins in circulation. That is a lot of power concentrated in so few hands. And most of these whales have been dormant for very long periods of time, some extending to 2011 or even earlier. Eric Stone, head of data science at Flipside said that once these accounts start moving large sums of money, “there’s more potential than usual for price swings.”

Flipside shared data that it had analyzed over the short Bitcoin history and found that similar large coin movements had preceded large price swings in the past, most recently in 2015 and the massive bull-run of 2017. “We’ve definitely seen that many long-time holders of Bitcoin are becoming active,” said David Balter the Flipside CEO, chiming in on the discussion.

According to Stone, the recently active whales have higher chances of becoming active in the near future.

“The fact that those wallets have been recently active leads us to believe they could soon be active again,” he said. “Put another way: We have no reason to expect them to remain stagnant for another 2-plus years.”

This report forewarns of a potential of choppy waters ahead, figuratively. Once the whales start moving, the results could either be positive or negative for the overall cryptocurrency market, therefore, investors and traders alike could be better off positioning themselves appropriately for large price swings in the near future.