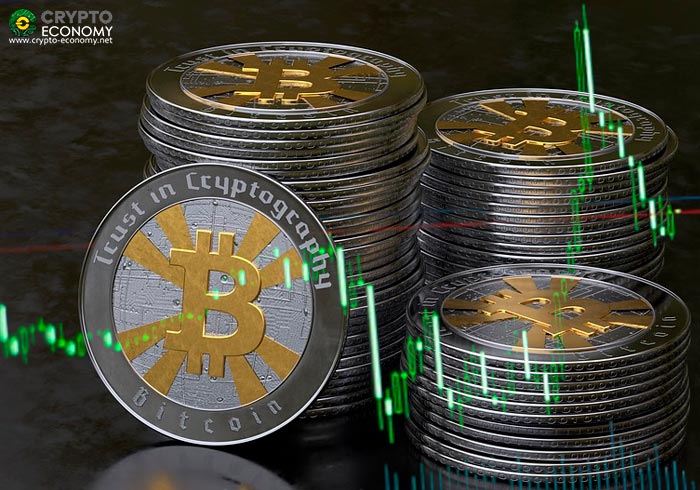 Flagship cryptocurrency Bitcoin has shot up more than 8.5% to regain a part of its lost ground from three weeks ago. Looking at the price action on popular Luxemburg crypto exchange Bitstamp, Bitcoin rose to a high of $11,737, a level it last saw on July 13th on its way down to lows of $9,049.

Over the past week, Bitcoin has gained about 22% of its value from a low of $9,111. As of press time, the coin trades for $11,749 against the US dollar. With this price gain, the coin has also seen gains in terms of market capitalization crossing the $200 billion market on Monday morning. It is now worth about $209.6 billion as of press time.

All the top 20 altcoins by market cap are currently posting gains as well following Bitcoin’s cue. Leading the bunch is privacy-focused coin Monero which has seen percentage gains of about 5.03% over the last 24 hours, followed by leading altcoin Ethereum at 4.92%. Ethereum is now trading at about $230 after rising to an intraday high of $231 on Bitstamp. Its market cap has also risen to $24.63 billion. Other coins posting impressive gains include Bitcoin SV, Dash, Tezos and Bitcoin Cash posting 4.90%, 4.59%, 4.05% and 4.03% respectively according to data provided by Coinmarketcap. 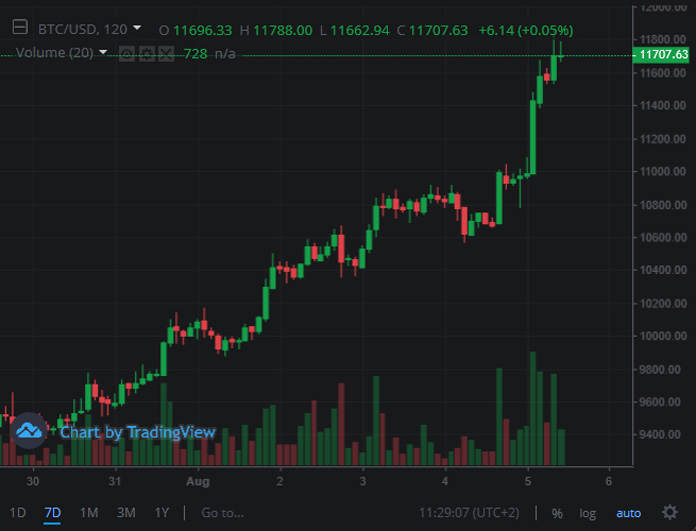 Bitcoin continues its uptrend of increasing market dominance rising to a high of 67.7% while Ethereum’s has been declining steadily to the current 8.04 level. Coinmarketcap reports a 24-hour total volume of $57.54 billion, which keeps up with the trend over the last few days. The trade volume could be rising with increasing prices as more investors are attracted due to a trend reversal. Looking at data from Messari, we see that the ‘Real 10’ exchanges report a 24-hour trade volume of $2.12 billion. The ‘Real 10’ metric was introduced by asset manager Bitwise which identified 10 crypto exchanges which purportedly report actual volumes without engaging in the practice of wash trading.

It is hard to tell what caused the 8% price rally by bitcoin as no big news has been developing over the last 24 hours. However, considering the coin had a significant price resistance at the $11K level, a breach of this level may have triggered market orders made automated bots which led to the increased trade volumes as well. With the latest momentum, the Bitcoin price could be primed to breach the last yearly high of $13,880 recorded in June.