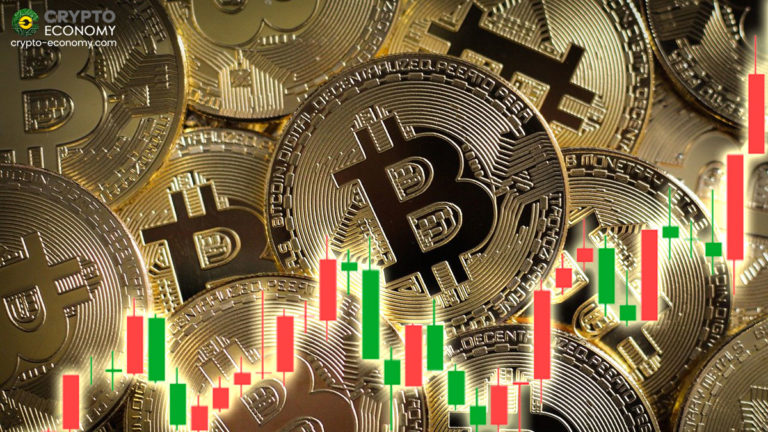 It is 19 days to Bitcoin halving and price is “jumpy”, quite literally.

Temporarily, on April 23, prices shot to as high as $7,800 before retracing to spot levels at the back of investor excitement around the scheduled event.

True, there is more. If past prices guides, then ahead of halving, asset prices may rally.

This is a boon not only for investors but traders who are angling to clip any form of price volatility and profit after a depressing H2 2019 which mirrored the capitulation of 2018. Then, it was two years after halving when prices soared to an all-time high of around $20,000.

But not to get excited of the future, it is imperative that risk-averse traders use real data, not analysts’ forecasts and emotion, to make a trading decision.

Institutions not Fazed, add to their Longs

Data from GlassNode reveal that institutional grade investors are indeed ramping up their BTC holdings.

In a report, they said users have been adding to their longs since March 2020 despite price dips that literally halved the price of Bitcoin.

“Bitcoin HODLer Net Position Change has been growing daily since the end of March and is now hitting yearly highs. Long term investors are increasing their positions – and they’re accumulating more BTC each day.”

This is also syncs with reports that Americans who have received their stimulus checks are sinking them back to Bitcoin and other valuable cryptocurrencies as Coinbase noted block buys of exactly $1,200. 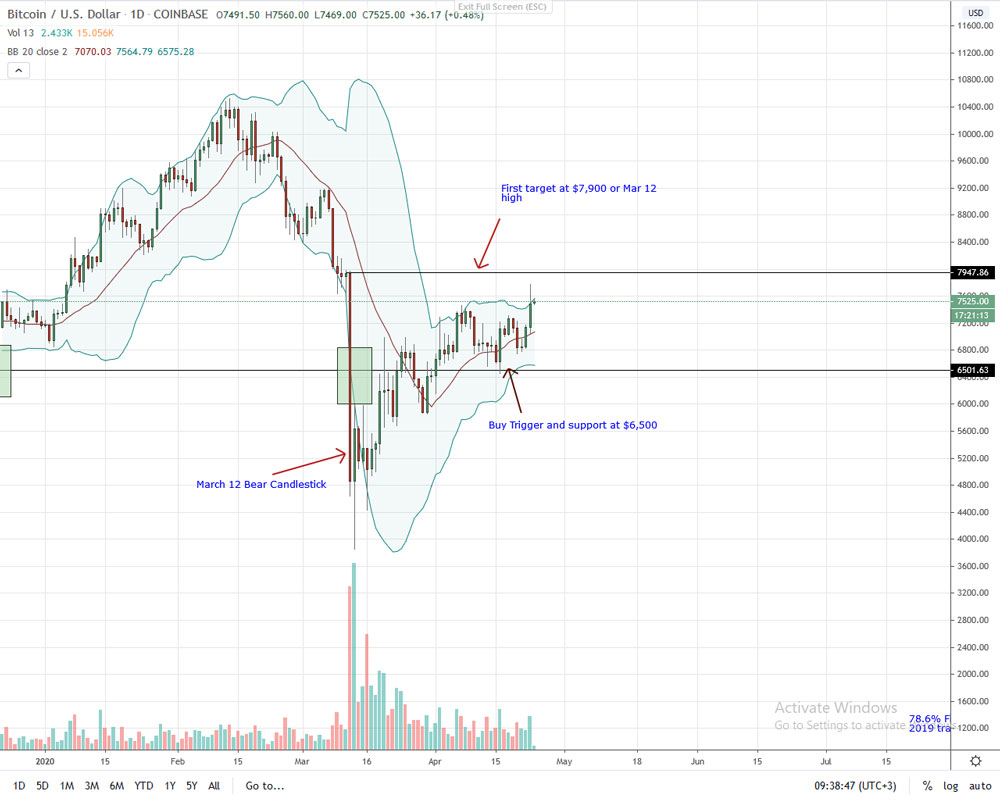 Week-to-date, Bitcoin is up seven percent after prices rose six percent in the last day.

With support at $6,500 and buyers confirming the double-bar bull reversal pattern of April 15-16, the path of least resistance seems to be up.

Already, thanks to yesterday’s gains, prices have now closed above April 6 high—a bull bar where price action has been consolidating for the better part of April, meaning the trend has been set. Behind this are decent trading volumes and higher highs above the 20-day moving average as bulls are inclined to reverse steep losses of Black Thursday.