Home CryptoNews The prices of Bitcoin and the rest of cryptocurrencies fall, market losses...
CryptoNewsFeaturedMarkets

The prices of Bitcoin and the rest of cryptocurrencies fall, market losses $ 39 billion in 15 hours 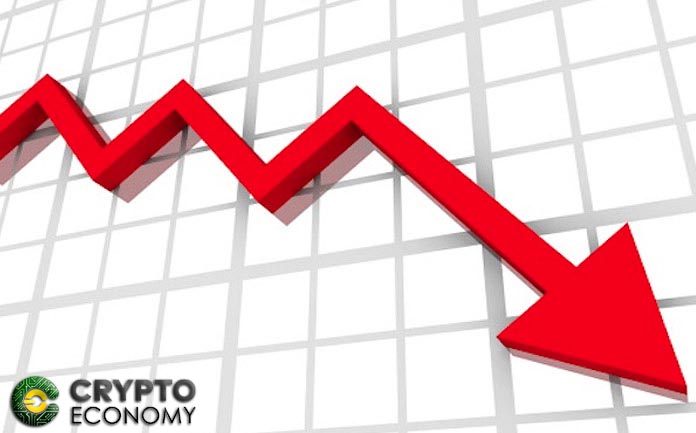 Investors and the crypto community in general got caught by surprise yesterday, when the charts witnessed a bloodbath in the crypto industry – Bitcoin included.

Just when the bulls thought they got the market in their horns, bears reappeared to crash their party. Almost all the tokens making the top 100 cryptocurrencies by market cap hit the red floor abruptly on September 5 when, at 09:49 UTC, the crypto market began to lose value quickly.

As usual, Tether (USDT) recorded a high transaction volume at the time of the bleed-out, which can be interpreted as investors hedgeing their investments to the value of the US dollar, in order to avoid short-term falls.

Among the large red candles that litted the charts yesterday, though, there was a green one that not only resisted the bearish crash, but kept rising by up to 200 %. The asset: Bitcoin Diamond (BCD).

The yet-another-fork of BTC – launched in November 2017 – got its surprising pump, following an announcement made by Binance that it had enabled deposits and withdraws for the cryptocurrency, starting from yesterday. As a result, the coin saw its USD/BCD exchange rate climb up to $ 4, although briefly, for it is – at press time – floating above $ 2,72.

What’s more, its 24h transaction volume skyrocketed from little more than $ 1 million to almost $ 200 million in the aforementioned time span.

Several crypto enthusiasts commented on social media that this may not be the end of the market correction, as it has been happening during Asia’s sleep time, and once the eastern hemisphere open its eyes and see what’s going on, they may enter panic-mode and trigger another round of sell-off that forces Satoshi’s coin to test sub-6,000 support levels.

Those who remain optimist say that this correction won’t last long, and we should be prepared for another bounce to recover yesterday’s losses.