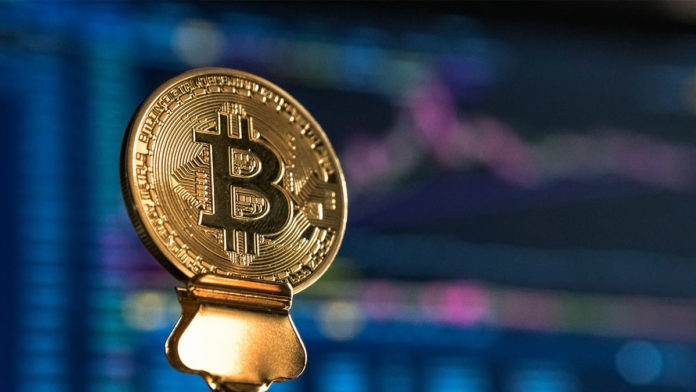 The Bitcoin price is all over the place at spot rates. This current state of affairs is understandable from an investors’ and traders’ perspective.

Overall, there were encouraging signals of higher highs early this week. However, that quickly fizzled as bears flew back, rewinding gains.

BTCUSDT prices are stable at spot rates but within a horizontal accumulation below $40k.

Technically, there could be strong demand if Bitcoin prices blew past $40k, bouncing off important support lines.

Still, traders have to be optimistic amid flaccid price action and bears threatening to double down in the coming sessions.

President Putin’s comments on Bitcoin and cryptocurrency mining may support prices in the immediate term.

Although the country’s central bank maintains a hardliner position on Bitcoin and cryptocurrencies, Putin’s opinion that the multi-billion crypto mining industry should be regulated is overly bullish.

China’s banning of crypto and its related operations was consequential for the industry. It was especially biting for Bitcoin, whose hash rate more than halved in days.

Thus far, computing power has recovered, with the U.S. being a choice destination for most mining farms. The entry of Russia would be positive for mining considering its temperate climate and even more bullish for Bitcoin’s network due to better decentralization. 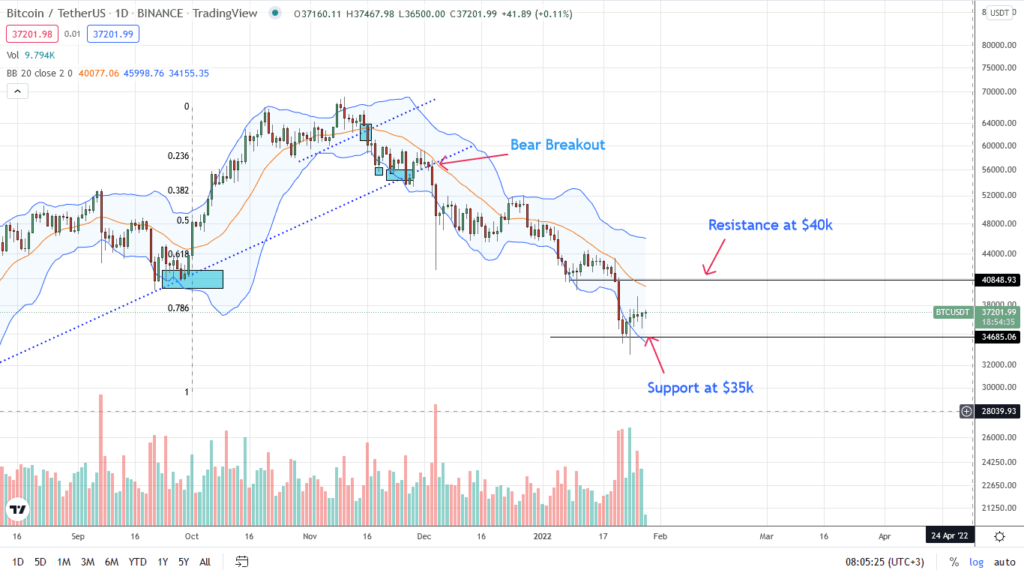 The Bitcoin price is in range move below $40k and above the immediate support line at $35k.

Although some traders are bullish, price formation in the short-term suggests weakness.

The downtrend is backed by intense selling pressure as bulls fail to add to their longs, extending gains made early this week.

Notably, the inability of bulls to snap back and reverse losses of January 26 could further diffuse momentum, allowing sellers into the picture.

As we advance, aggressive traders may align their positions with the primary trend, unloading on pullbacks towards $40k as they target $35k and later $30k.

Technically, a close below $35k may see BTC plunge to $30k in confirmation of January 21 bear candlestick, cementing bear positions.

Meanwhile, a confirmed close above $40k could signal the beginning of a turnaround, placing Bitcoin bulls back on the driving seat. In that case, BTC may expand to retest $45k.