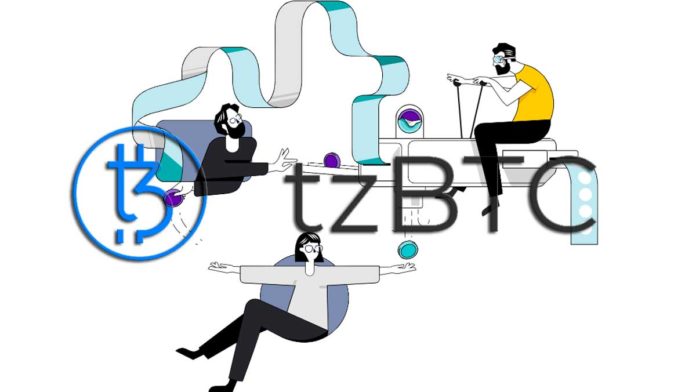 Companies involved in the Bitcoin Association Switzerland (BAS) launched a new token on Tezos network that is 1:1 pegged to Bitcoin. The new token, named tzBTC, is one of the first tokenization examples on Tezos network.

“Today, we are announcing #tzBTC, a tokenized Bitcoin for the Tezos blockchain,” tweeted BAS.

Bitcoin cryptocurrency can be used inside the Bitcoin blockchain or sidechains like Lightning, Liquid or RSK.

tzBTC is another way of using BTC. The Bitcoin Association Switzerland that consists of many blockchain companies launched the new token as a way to use BTC inside Tezos network. So the users interested in BTC can take benefit of Tezos network features, too.

Tezos community has many similarities to Bitcoin’s. The two blockchain projects have shared values and also investors. Besides, Tezos Foundation is one of the largest Bitcoin holders and can be considered as a supporting organization for BTC.

Therefore, BSA believed Tezos is the right solution for providing the first token pegged 1:1 to BTC.

“The multi-signature (“multi-sig”) key management system of tzBTC enables a strongly trust-reduced setup with no central issuer as a single point of failure, while being fully transparent. The Bitcoin Association Switzerland acts as an overseer and coordinates with the keyholders,” said BAS in the recent press release.

The most crucial goal for launching tzBTC was to improve the usability if BTC. Users in Tezos network, as one of the most prominent public blockchains, can now use the power of Bitcoin in that.

With tzBTC, the BTC brand and high liquidity of the most prominent digital currency comes to Tezos. Now developers can take benefit from tzBTC to develop new financial applications inside Tezos network. Smart contracts inside Tezos blockchain are one of the most critical use cases for tzBTC.

The tzBTc token consists of three fundamental operations. Initiating is the one affecting end-users, and Minting and Burning are those which Keyholders and Gatekeepers take care of.

Users have to request their needed tzBTC from Gatekeepers who check KYC & AML to verify the user.

Next, the user sends the BTC amount needed and receives tzBTC token. Keyholders are the actors responsible for minting the required tzBTC token.