Bitcoin And Ether Are Not Securities says SEC Official 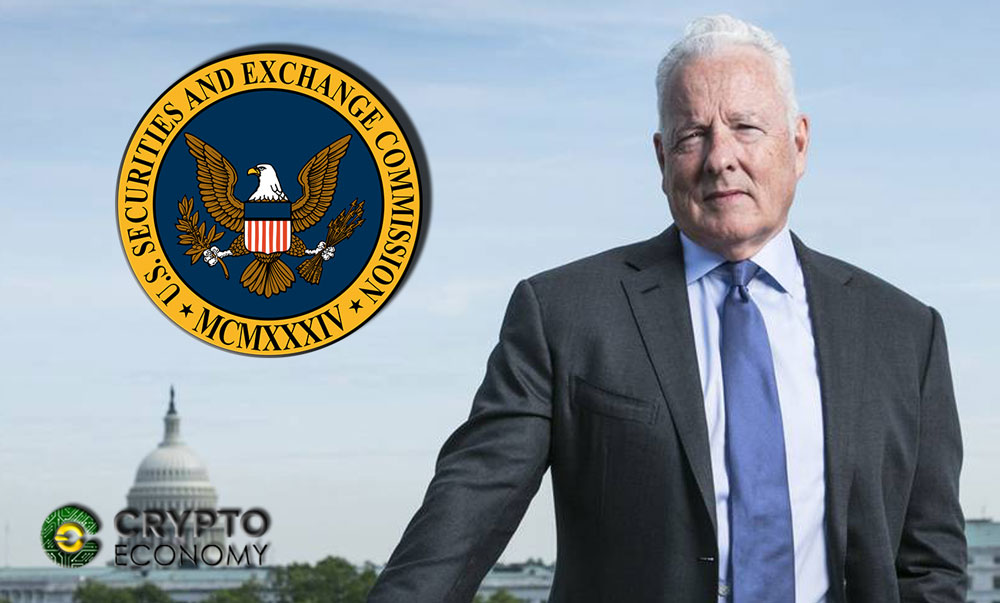 The SEC official who is described as the point man in charge of digital currencies has said that Bitcoin and Ether are not securities, but that there are many coins that can rightly be described as such and would likely come under the regulatory authority of SEC.

According to William Hinman, not all ICOs should come under the agency’s supervision due to the nature of the token offered by them. He said that the primary way to determine whether a token is a security is to weigh the expectations of buyers. If there is a possibility that the buyers are doing so with the hope of profit, it should be considered security.

Hinman, who is the head of the Division of Corporation Finance at the SEC, made the assertions at the Yahoo All Markets Summit: Crypto Conference in San Francisco. According to him, if a third party is expecting profit from any venture, it is an indication that the token being purchased can be classified a security. Also, if there is an entity involved in the creation of the asset, it reinforces the notion that a security is involved, especially when this entity is the maintainer and developer of the token.

Hinman also said that for the purchaser of the asset, the key to determine its status is the expectation and motive behind the purchase. If there is a genuine expectation of profit, it is a pointer that you are dealing with a security.

He went further to say that centralization is another indication that a token is security.

“If there is a centralized third party, along with purchasers with an expectation of a return, then it is likely a security,” he said. 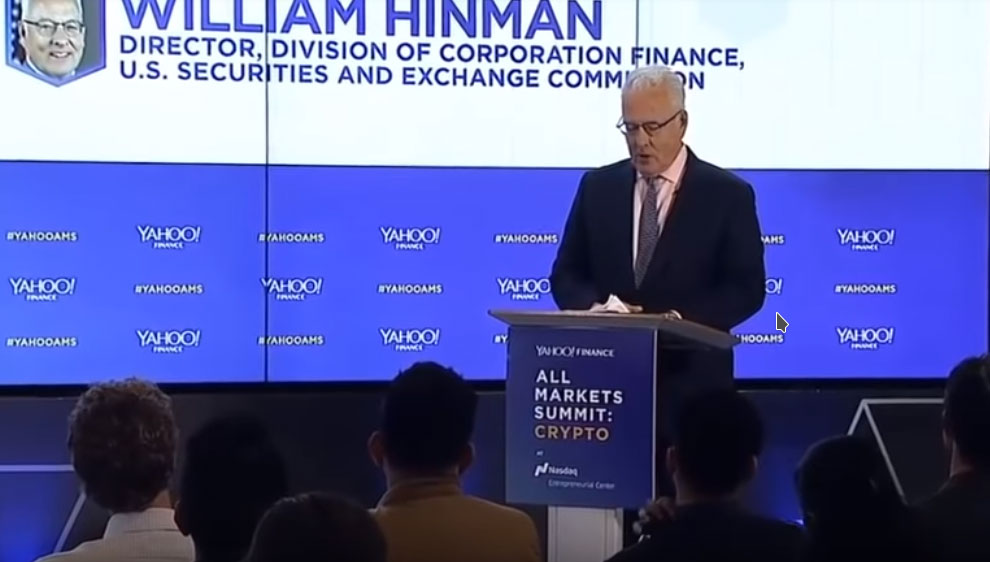 There are instances in which a crypto asset cannot be classified as a security. Hinman also spoke about some of the indicators that show that a token cannot be deemed security. He used Bitcoin and Ethereum as examples, saying that the fact there is no central authority involved in running these enterprises, they can safely not be classified as securities. This means that if an enterprise is fully decentralized and has no central authority in charge, such cannot be deemed security.

Hinman did not mention Ripple’s XRP that has been a subject of litigation alleging it a security, but emphasized that. “Over time, there may be other sufficiently decentralized networks and systems where regulating the tokens or coins that function on them as securities may not be required.”

He also gave insight with ICOs saying that the structure or utility of a token could make it exempted from being classified as security, giving instances with tokens meant as payment for membership sites and all such meant for personal uses.

He said that the strict interpretation given to securities law by SEC is appropriate, continuing, he explained that , “There is excitement and a great deal of speculative interest around this new technology. Unfortunately, there also are cases of fraud.”