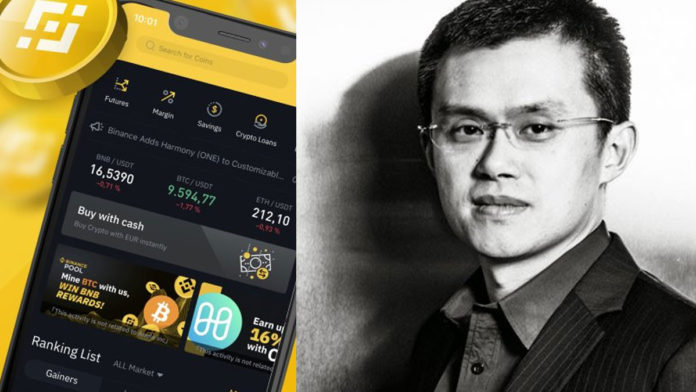 Binance CEO repeated his last sayings about plans to hire a CEO for the company. He says there is no plan to replace him in the short term. CZ tweeted today about some misunderstandings that were caused by the latest announcement from Binance. He tweeted:

When they mis-quote you… another thread on CEOs.

There are no immediate plans to replace me as CEO.

I/we would very much like to hire a strong compliance background CEO to show our commitment to compliance as this is the top priority of the organization.

“When they mis-quote you… another thread on CEOs. There are no immediate plans to replace me as CEO. I/we would very much like to hire a strong compliance background CEO to show our commitment to compliance as this is the top priority of the organization.”

Binance is one of the well-known companies in the crypto world. It can be considered as an ecosystem because of numerous products and the huge user base. The company started as a crypto exchange but is now offering various services from blockchain development environments to NFT marketplaces.

The CEO of the company, famed ad CZ, is kind of an influencer in the industry. He is a serious crypto enthusiast and is known as one of the most successful execs in the market.

Binance’s CZ announced some plans and programs in his company earlier today. Most of them were focused on compiling with regulatory frameworks of the regions that Binance is operating, mostly in Asia-Pacific, EMEA, and Latin America. One of the most important decisions in this path is that the daily withdrawal limit for accounts that had only completed basic account verification will be limited to 0.06 BTC.

In simple terms, no plans for short-term replacement don’t mean CZ will be the CEO of Binance forever. He says that he himself and the company is always looking for new thoughts. The latest tweet refers to predin=dential periods that are four years. ZS believes CEOs should be replaced after a maximum of ten years, but five years is the optimum time frame.

CS finished his thread saying that the company is always hiring CEOs, saying:

“I don’t need to be CEO, and I am not leaving. I will always find ways to contribute to the community behind the logo tattooed to my forearm.”