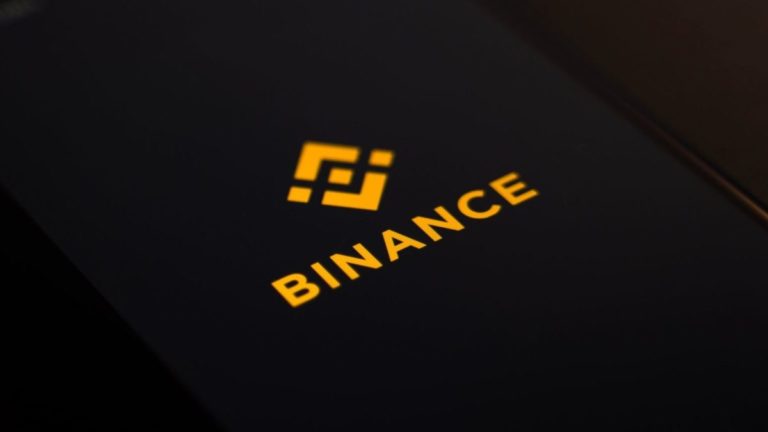 2021 seems to be ending on a positive note for Binance which has suffered significantly in the hands of regulators worldwide.

In an email to its users, the world’s largest cryptocurrency exchange by trading volume, Binance has announced that it will continue operation in Ontario, Canada as a result of ongoing and positive cooperation with the regulatory entities in the country.

Binance had earlier revealed that Ontario had become a restricted jurisdiction and that users may have to close their accounts by the 31st of December 2021. Just the day before the previously mentioned deadline, Binance notified its users about successful talks with Canada’s regulatory watchdogs. The email, read,

“However, as a result of ongoing and positive cooperation with Canadian regulators, Binance in Canada has been successful in taking its first steps on the regulatory path by registering in Canada as a Money Services Business with FINTRAC.”

Registration with FINTRAC, which happens to be Canada’s national financial intelligence entity, will allow Binance to continue its operations in the country and resume its business in Ontario. 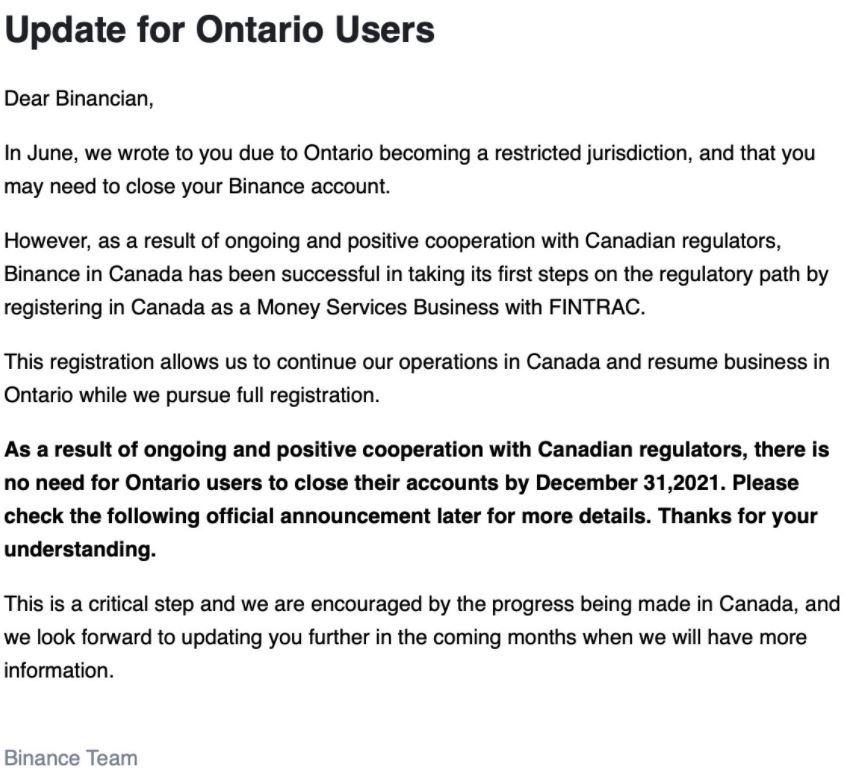 Pulling Out of Ontario

Earlier in March this year, the Ontario Securities Commission [OSC] had warned cryptocurrency platforms to contact OSC staff for smooth operation or face potential regulatory action. It had specified April 19 to be the last date for platforms to discuss bringing their operations into compliance.

A few months later, Binance had announced its plans of closing shop in Ontario to comply with the region’s securities laws. The withdrawal notice came after OSC, published a detailed notice against cryptocurrency trading platform Bybit wherein the agency had accused it of failing to act in accordance with province regulations. In addition to Bybit, OSC had issued statements of allegations against Poloniex and KuCoin as well. Fearing to meet the same fate, Binance pulled out of the region and had informed its users that it can no longer continue to service the Ontario-based users.

Binance strengthens its hold in Canada

The cryptocurrency exchange giant had secured an MSB license to offer cryptocurrency services from the Candian regulatory authorities this month, according to the filings with the Financial Transactions and Reports Analysis Centre. The document revealed that its Canadian arm will be operating as “Binance Canada Capital Markets” and will engage in foreign exchange dealing, money transferring, and virtual currencies.

Binance CEO, CZ had described the event as “Boxing Day.”