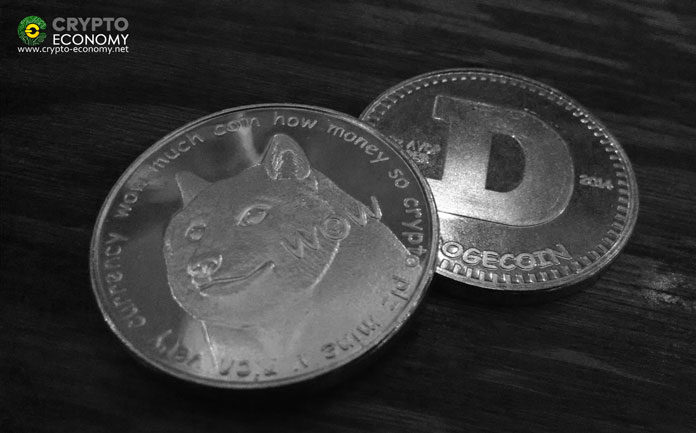 Popular cryptocurrency Dogecoin is riding high today Friday after landing a listing on the leading crypto exchange Binance due to public demand. The coin, which has been associated with no real use-case other than for fun and memes is perhaps one of the few coins on the top 30 list according to Coinmarketcap data aggregator in the green following a recent Bitcoin price dumb.

The coin has gained an impressive 40% between its intraday highs and lows, the biggest gains of any coin or token on the said list. Binance announced early Friday morning that “[It] will list Dogecoin (DOGE) and open trading for DOGE/BNB, DOGE/BTC, DOGE/USDT, DOGE/PAX, and DOGE/USDC trading pairs at 2019/07/05 12:00 PM (UTC).”

The news comes barely 24 hours after wunderkind and Ethereum creator Vitalik Buterin said of Dogecoin that he is “very pro-Dogecoin.” Elon Musk, the billionaire co-founder of PayPal and now CEO of Tesla and SpaceX also shilled the coin a few months ago saying that “Dogecoin might be my fav cryptocurrency. It’s pretty cool.” Soon thereafter the briefly changed his Twitter bio to “Dogecoin CEO” after being “crowned” the title from Dogecoin fans on the platform.

However, the listing did not come without criticism as several critics pointed out that Dogecoin does not meet the criteria to list on Binance.com. Some claimed that the exchange was playing favoritism and cited the prior incident with Bitcoin SV in which the exchange delisted the coin due to a difference in opinions between Changpeng Zhao, and Craig Wright the lead proponent of BSV. Zhao took to Twitter to explain why they listed DOGE saying,

“This one is an exception, as there isn’t much new tech development (I guess it was never about the tech for this one).” He added that “The users/community is large, and a famous “ex-CEO” (cough @elonmusk) helps! Enjoy!”

Huobi, also a popular crypto exchange listed the coin back in April. This means that two leading exchanges are now actively supporting trades of the coin, which could explain the green bars experienced for the most part of the day on Friday.

Coinbase, one of the leading cryptocurrency exchanges based in the United States enabled support for DOGE back in May but only in its Coinbase Wallet. Fans have been speculating on the possible listing on the popular Coinbase exchange but those speculations have not materialized as of yet. Maybe they will, now that two popular competing exchanges are supporting it.