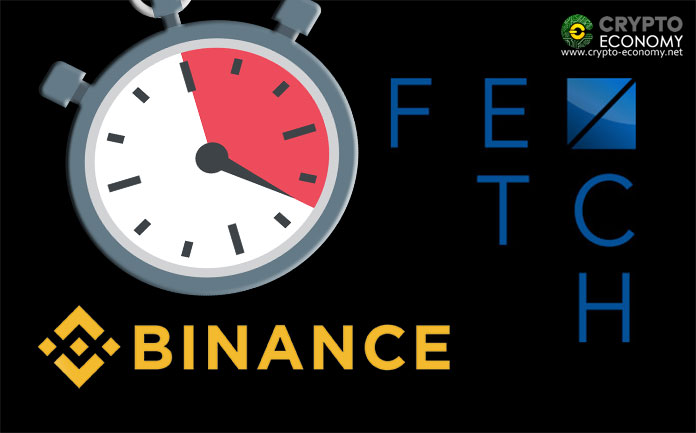 It’s been a couple of days since Binance successfully conducted a crowdsale for the Fetch.ai tokens on the Binance Launchpad raising $6 million in 22 seconds.

According to an aftermath report by Binance CEO Changpeng Zhao, only 2,758 participants successfully took part in the crowdsale out of 24,000 people who had pre-signed the User Agreement during the registration period and 19,860 who had submitted a buy order.

In a notification on the Binance blog published on February 26th, all FET tokens have been distributed to the successful participants. To confirm receipt of their tokens, investors can check on their “Distribution History” pages in the User Center.

Following this distribution, it is announced that Binance includes the FET tokens on the main exchange platform of Binance on Thursday, February 28 and operations began at 10:00 AM (UTC).

According to the announcement, FET tokens will be paired against the platform’s native token (the Binance Coin – BNB), Bitcoin [BTC] and Tether (USDT) stablecoin. Due to the association of the project with the Binance Launchpad arm of Binance, the project will be listed on the platform with a fee of zero. That’s right! Fetch.ai team will be listing their token on the largest cryptocurrency exchange at no cost.

The FET token crowdsale was partly riding on the popularity that the first ICO on the Binance Launchpad platform gained after successfully listing late last month. The BitTorrent token which was also overly subscribed sold out in under 18 minutes. Once it listed on the Binance exchange platform, the token value rose by a factor of 9.7 (970%).

Several of the investors who missed out on the BTT sale and those who may have not had the interest to participate may have been forced to pay attention due to the massive gains that followed thereafter. It is therefore expected that the FET tokens should see a similar price rise once they list to the Binance exchange on Thursday.