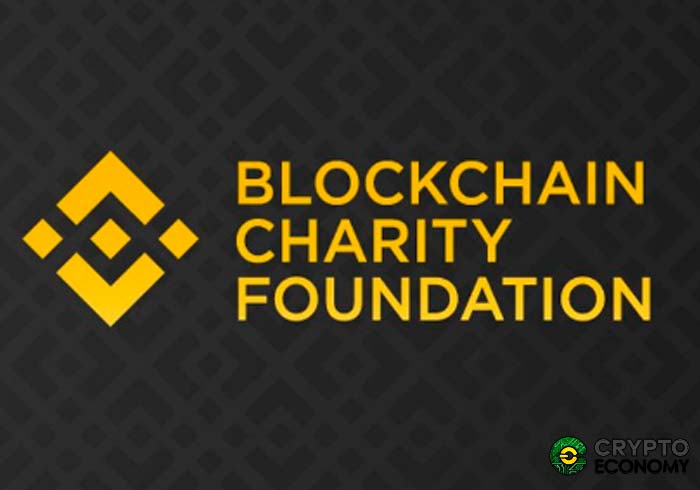 More than €7 million was collected yesterday during Boxing Day, funds that were earmarked for Malta Community Chest Fund Foundation. Every year, Malta hosts the funds collection event dubbed L-Istrina which sees citizens and well-wishers contribute towards the Foundation’s dream of helping the poor and needy living within the borders of Malta.

This year saw the leading cryptocurrency Binance take part in raising funds during yesterday’s L-Istrina. Through its charity arm – Binance Blockchain Foundation – Binance donated €88,000, one of the biggest donations made by a single entity. Coincidentally, this year’s L-Istrina broke the record for the most amount of money ever raised beating last year’s record-setting event which managed to raise €6.04 million in total. 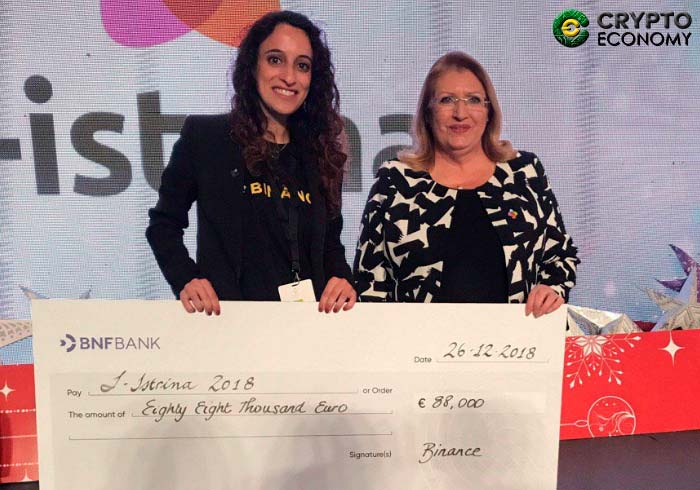 Receiving the Binance donation on behalf of the Malta Community Chest Fund Foundation was her Excellency the Maltese President Marie Louise Coleiro Preca. Speaking during the event, her Excellency said that she believed that people would be celebrating the generosity and solidarity of the Maltese people after the end of the 12-hour L-Istrina televised event. The event started at noon on the 26th and concluded at midnight, lasting the scheduled 12 hours. The telethon had surpassed the previous year’s record with one hour left to go.

In attendance during the event were her Excellency the President and Deputy Prime Minister Chris Fearne. In absentia was the Prime Minister of Malta Joseph Muscat who addressed the country through a televised video message. In the message, he encouraged everyone to make a donation and at one point stated that sometimes the people who donate wound up as receiving donations themselves. This year’s L-Istrina event is a divergence from the norm in which the previous years’ events were graced by the presence of the Prime Minister himself.

Several other leaders including the Archbishop Charles Scicluna and the opposition leader Adrian Delia banded together to encourage the public to make contributions to the course.

Binance made the move to Malta early this year when the general regulatory atmosphere in several Asian countries that it was operating became too restrictive. The president of Malta welcomed the leading cryptocurrency exchange with open arms which saw the exchange set up its headquarters there.

The exchange also set up the charity arm a few months ago as part of the company’s CSR efforts to give back to the communities in which it has its operations.

0
The largest cryptocurrency exchange in the world, Binance has signed a partnership deal with one of the most popular footballer of all times, Cristiano...
Read more
CryptoCurrency News

0
Cryptocurrency exchange behemoth, Binanace, has been accused for serving as a hub for hackers, fraudsters and drug traffickers. As per a recent Reuters investigation,...
Read more
Companies

0
In a formal announcement, the Vietnam Blockchain Association and Binance, the largest cryptocurrency exchange in the world, acknowledged their partnership in the exchange of...
Read more
- Advertisment -
Posting....