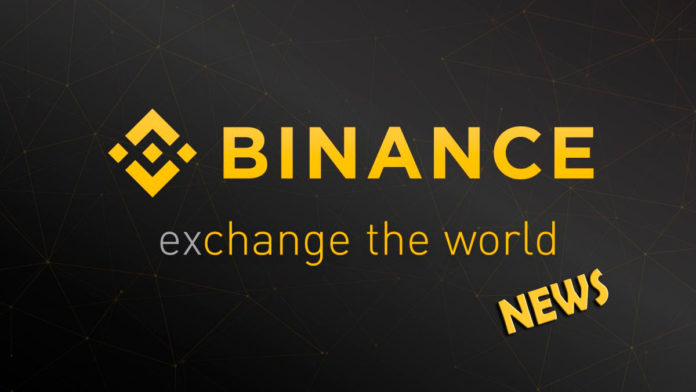 Malta-based cryptocurrency exchange platform Binance revealed on Thursday the launch of its staking platform which will rewards users for just holding tokens on the Binance accounts.

Dubbed Binance Staking, the program will initially launch with the support of 8 digital assets all supported by the platform for trading and now users will be able to earn interest by doing nothing with these tokens. According to the exchange, the new service is a value-added service to its users.

“With Staking, Binance users will be able to grow their funds by receiving monthly rewards & distributions simply by depositing and holding funds on Binance,” the exchange said.

Binance explains that users will not have to do anything to their tokens in order to qualify for the monthly distributions. As of launch time on Thursday, the user balances will be recorded only once a day and their allocations will be calculated from the averages of these daily snapshots.

However, this methodology will be revised on October 1st following which user balances of these assets will be recorded continuously every hour. By the end of each day there will be 24 snapshots of user balances that will be used to calculate the daily average for the “fairest distribution of rewards to users” claims Binance.

Here’s the list of the tokens that are supported for this program and their rewards: NEO, ONT, VET, XLM, KMD, ALGO, QTUM, and STRAT. For some of these assets, the rewards are not necessarily in the tokens staked such as with NEO, ONT, and VET whose rewards will be disrupted in GAS, ONG, and VTHO respectively.

Conspicuously missing from the list of supported assets is the recently listed Tezos token. Binance’s CEO may have hinted to the same on Monday when he wrote on his Twitter page following the listing announcement “#Youknowwhatcomesnext, right?” One follower replied “Staking,” a comment CZ replied to with a cryptic laugh emoji. Maybe it will be added later.

The staking program comes in addition to Binance’s Lending program which also rewards users for depositing their funds in a lending account and holding them for the entirety of the locking period which so far is 14 days.

At launch time, Binance rewarded hefty interest rates of up to 15% for holding the coins in a two week period but that rate has significantly tapered off with recent additions to the program. The latest rates range in the 4% territory.

However, despite the low rates, it’s still a great addition to the Binance product range allowing its customers to earn from their “idle” coins. And now with the launch of the staking program, users have another reason to transfer their funds to Binance and store them there to earn staking rewards. Binance will use the coins to stake in the respective networks and share the staking rewards with its users.