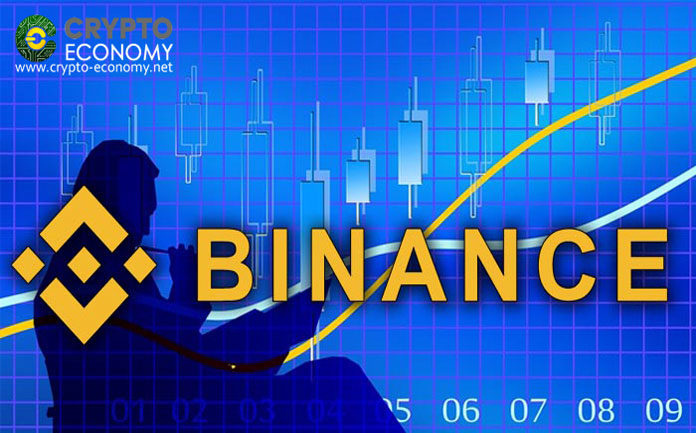 Leading cryptocurrency exchange Binance has announced its launch of the fifth phase of its cryptocurrency lending product in which it customers subscribe to an allocation to lend other users their funds for interest rates as high as 15% Apr.

the 15% interest rate was only available to Binance’s native coin lenders in the first phase. On Tuesday, the exchange revealed three coins that will be included in the crypto lending product including only privacy-centric coins Monero [XMR], Zcash [ZEC] and Dash [DASH]. Their annualized interest rates will be a constant 3.5% but the lending period is only two weeks starting from this Friday September 20th through October 4th.

There’s a maximum subscription of 30,000 coins each for Dash and Monero and 60,000 for Zcash allocated on a first-come-first-served basis. There’s an individual lending cap of 300 coins each for Monero and Dash lenders while Zcash lenders will be allowed to lend up to 600 coins per individual. Subscription period, according to a blog post announcement begins on Friday at 6:00 AM (UTC) throughout midnight (UTC) same day.

Binance initially launched its Cryptocurrency Lending platform in August 28th “as a value-added service to Binance users who hold idle digital assets,” it claimed in an announcement then. At the time, it launched the first phase which saw the product open up to deposits for Binance Coin [BNB], Ethereum Classic [ETC] and leading stablecoin Tether [USDT]. The annualized interest rates for these products were extremely attractive at 15% for BNB, 10% for USDT and 7% for ETC. as expected these were quickly subscribed to at launch date. Over the past three weeks, the exchange has since launched four other phases to allow for deposits in more cryptocurrencies including leading altcoin Ethereum [ETH] and flagship cryptocurrency bitcoin [BTC].

Bitcoin was added in the fourth phase together with Ethereum and another subscription for BNB, USDT, and ETC. However, the interest rates for this phase were greatly slashed. BNB’s product had two subscriptions on offer each attracting 10% and 6% annualized interest rates. Bitcoin’s product paid at only 3% Apr. with a maximum subscription cap of 2,000 BTC.

It’s worth noting that balances maintained in the Lending platform are also included in the Launchpad platform which means that one can participate in both programs without splitting balances. This only applies to BNB coins.