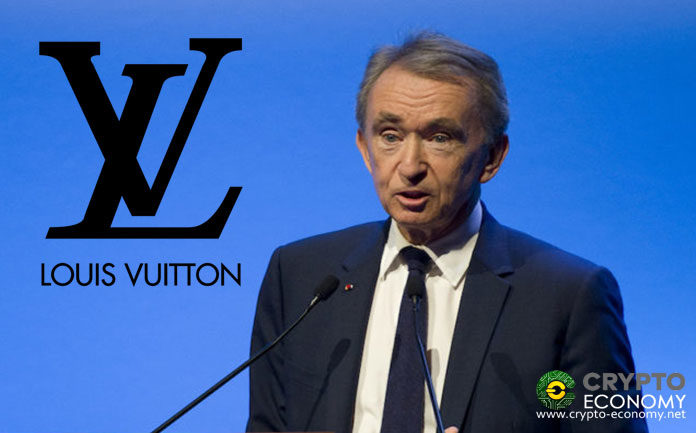 After that, the business news site behind the publication updated its article indicating Arnault denied allegations of being part of the Brussels firm.

Per the report, Abesix Belgique, a Brussels based crypto firm, wants to join the crypto sector to enable players to sell and buy a variety of coins. According to the report, the supported cryptocurrencies include dogecoin, litecoin, ripple, ethereum, bitcoin cash, and bitcoin.

Although Arnault Is not Behind Abesix Belgique, he’s active in the Blockchain Space

As a successful brand behind Christian Dior and Louis Vuitton, LVMH has not fallen short when it comes to counterfeits flooding the market, leading to it losing millions. However, through blockchain technology, LVMH saw the need to create Aura. The latter is a blockchain-based platform whose primary goal is to track LVMH products and help prevent counterfeits.

Besides tracking products, LVMH hopes Aura will come in handy at authenticating its products. To develop the platform, LVMH teamed up with two other blockchain firms Microsoft Azure and ConsenSys. Alongside signing working contracts with the two firms, LVMH also hired an elite blockchain team. Once complete, Aura will go live in two of LVMH subsidiaries Parfums Christian Dior and Louis Vuitton. However, after its piloting, Aura will be integrated into the other LVMH subsidiaries.

In addition to the above, according to an unnamed source, Aura platform capabilities will be widened to protect against anti-advertising fraud, customer’s event, exclusive offer and protect creative intellectual property. While the development of Aura takes center stage, the above depicts a rise in firms taking on blockchain to revolutionize their business operations. Other firms with projects in the blockchain space include William Grant & Son and UPS a US-based postal carrier.