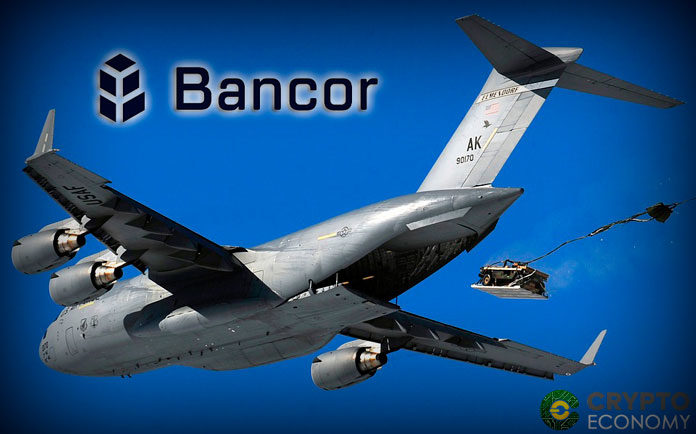 The announcement was made on the official Twitter account of Bancor. Bancor is announcing a new roadmap to create more liquidity and community governance. According to the announcement, the new set of updates include a Liquidity pool airdrop for BNT holders, BNT upgrade, grants program, self-service token creation for content creators.

A blog post, having details for the new roadmap, reads:

Bancor is announcing a set of updates that collectively seek to create more liquidity, more developers building on the Bancor Protocol and more community governance. 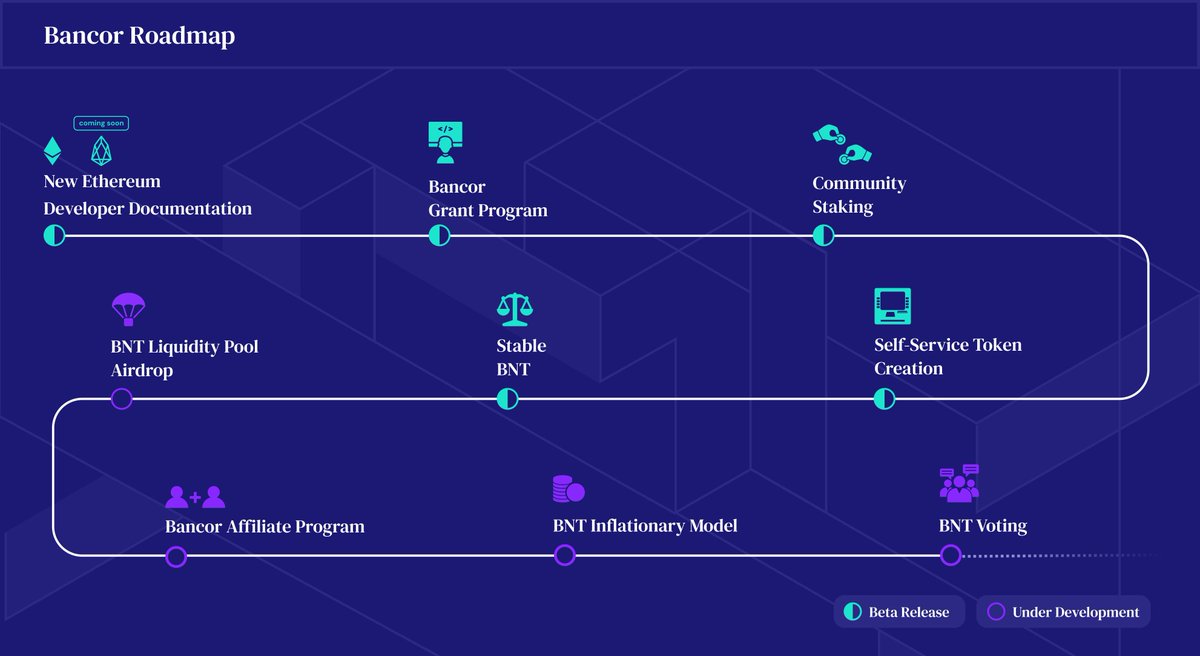 The first two companies two receive grants from the Bancor Foundation are PEG Network which creates a stable token using any asset as its collateral and CoTrader.

This update also involves significant changes in the structure of BNT as blog post states:

We believe the best architecture for a self-sustaining, cross-blockchain, decentralized ecosystem is based on an inflationary token model. In this model, BNT holders vote to determine key attributes of the Bancor Protocol, such as the rate of inflation and most importantly, its recipients. Inflation could be a key mechanism for funding strategic liquidity pools, oracles and developers, as determined by the Bancor community.

This change to BNT involves the following three steps:

LocalCoin, the core developer of Bancor Protocol, is also developing a self­-service token creation platform for digital content creators called Creator, the announcement states. The creator is a consumer app that is built on the top of the Bancor protocol and it uses Bancor’s token BNT.

Bancor is considered as the largest automated liquidity infrastructure in the world with over $2 billion of conversion volume. Core to this mission is to empower the community to take active leadership.

0
Bancor’s progress update for November 2020 shows a significant growth in usage and adoption. The protocol has experienced a considerable increase in locked assets...
Read more
CryptoNews

0
Bancor published details about the second version of its protocol, Bancor V2. The new version will launch in Q2 2020 with new features and...
Read more
CryptoCurrency News

0
As part of its plan to unveil Binance JEX to the world, Binance a crypto asset trading platform, have launched place an airdrop campaign. According...
Read more
- Advertisment -
Posting....