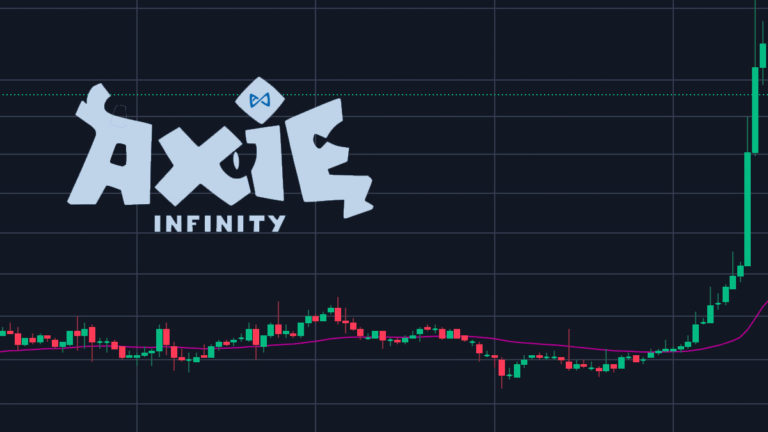 The AXS token, which is the native token of the blockchain-based game Axie Infinity, has seen a 20% increase in value today. Axie Infinity sends players to an online world where they purchase fantasy creatures and then send them into battles.

At the time of writing, AXS was trading at $8.14. Over the past seven days, the crypto token has also demonstrated gains of 27.65% compared with its previous trading period. There has been an increase in trading volumes as a result of the recent price jump, as traders are taking advantage of the volatility in the market to capture profits.

Today, there is also an increase in the number of green candles on other cryptocurrencies. There was a 7% jump in Bitcoin price in one day, and at the moment, the price of bitcoin is about $17,300.

In addition, AXS has also risen in the rankings of cryptocurrencies and is now ranked 50th, with a market capitalization of $813 million.

The Axie Contributor Initiative has been announced in an official blog post published on the company’s website.

Nearly 700 Lunacians have signed up to take part in the inaugural pilot launch of Axie Contributors, which will begin in the fall! The Season 0 contributors will soon receive an acceptance letter and a Discord role in the Axie Infinity Discord, as well as access to a new, newly created “Governance” section which will be available to them.

It will be an opportunity for them to take part in discussions facilitated by Town Builders, meet other contributors, and experiment with the development of community governance structures. In the future, there will be more opportunities for you to get involved in the program since this is season zero.

Axie has recently announced a new feature that may have caused a price jump. In order to increase the price of a cryptocurrency, investors and traders need to see the opportunities they see in a project, such as decentralization, increased contribution, and so on. Nevertheless, there are still many challenges that need to be overcome.

In the current market environment, AXS is trading almost 90% down from its previous all-time high reached in November 2021. As a result of announcements and good news, we may see short green candles, but we need to see a trend change for these coins to reach new highs.

As mentioned above, Bitcoin has also shown some promising movements in recent hours. In spite of this, it still faces a lot of psychological obstacles in the direction of a bullish trend. We should break $20K before we become optimistic about the whole market, as it is an important resistance line.