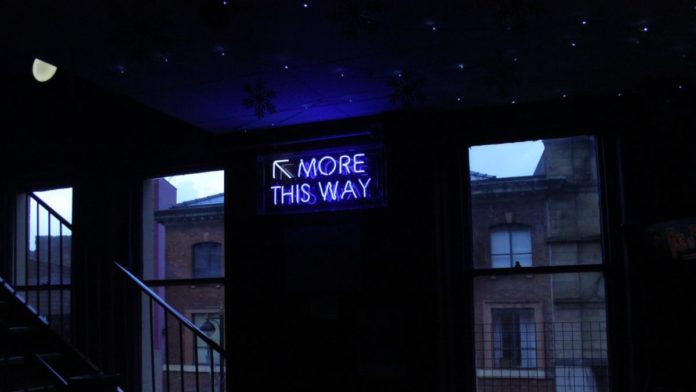 Avalanche has enjoyed significant interest from market participants this year. After a major rebound near the $78-area, its native token AVAX was up by more than 20% over the past week and was currently trading at $102.9.

The cryptocurrency market was jittery as it awaited after Fed Chairman Powell’s speech yesterday. Leading the collective recovery was Avalanche [AVAX] that managed to stage a v-shaped comeback as it eyed for the recently formed ATH. 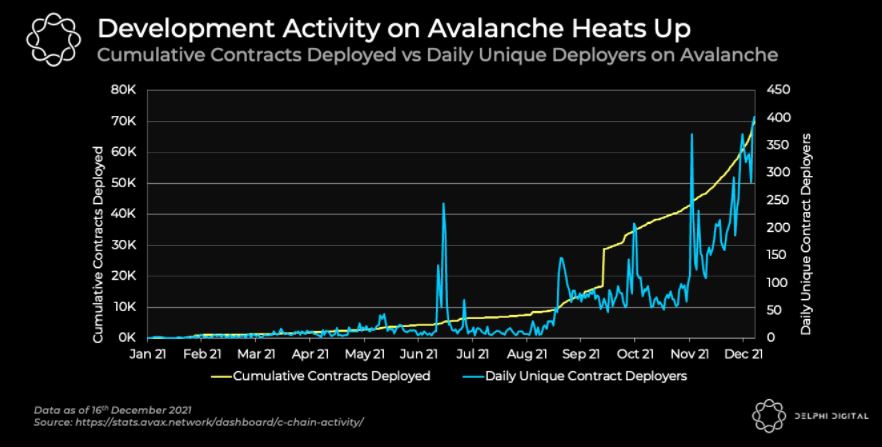 Interestingly, the ecosystem has witnessed a strong development activity despite a period of high volatility and big swings. According to the latest report compiled by Delphi Digital, activity on Avalanche’s C-Chain has grown “meaningfully” in 2021.

There are more than 400 developers and 70,000 unique contracts deployed in Avalanche. Additionally, the growth picked up in late July after the debut of the decentralized blockchain oracle network, Chainlink’s price feeds on Avalanche’s mainnet which offered developers the necessary tools to ramp up application deployments.

For the uninitiated, Avalanche’s C-Chain happens to be a default smart contract blockchain that allows the construction of any Ethereum-compatible smart contracts. Unique developers on C-Chain have doubled from 200 to 400 in the last month. This can be attributed to the recent launch of AvaLabs’ Subnet-EVM which facilitates the creation of their EVM-compatible blockchain on Avalanche using a single JSON file. The deployment of EVM-compatible blockchains reportedly takes just 90 seconds.

The above daily chart depicted optimism in the market despite a dip in volatility. The green closing bars of Awesome Oscillator [AO] depicted a bullish momentum in the AVAX price while the Relative Strength Index’s [RSI] tryst above the 50-median line signaled buyers’ dominance. A case of a market downturn is highly unlikely, but an increase in volatility and trading volume may aid the much-anticipated break above $125-level.

Avalanche has quickly emerged as a viable alternative to Ethereum for decentralized finance [DeFi] projects. In fact, the smart-contract platform was recently mentioned in a research report by Bank of America [BOA] for its ability to scale. The analysts also mentioned Avalanche’s subnet feature that is speeding up adoption while noting that the platform hosts 380 projects. The report read,

Additionally, the research further outlined Delloite forming a strategic alliance with tech company Ava Labs, the creator of Avalanche blockchain for its disaster-relief platform to help regional governments demonstrate their eligibility for federal emergency funding. On this move, the BOA highlighted how multinational companies can utilize the blockchain to increase efficiencies and minimize costs.

0
Avalanche, aligning with the general trend of the crypto market, is under immense selling pressure. AVAX, the native currency of the Avalanche network, is stable...
Read more
CryptoNews