The state of Arizona is likely to become the first to pass a law permitting residents to pay their taxes and other charges to the government with bitcoins. The Arizona House of Representatives will be deliberating on the issue this week. The House Ways and Means Committee is advocating the advancement of the bill which has already been passed by the state senate. This is according to public records released March 7.

If the bill is passed, it will require the appendage of the governor’s signature to become law enabling taxes, penalties and any interests to be paid by residents in bitcoins. Although the modalities of the process have not been mapped out, there are indications that the state’s Department of Revenue will adopt the cautious approach of converting the bitcoins to dollars within 24 hours. This is the method recommended by some Legal ethics committee in some states where attorneys are receiving payments for their services in cryptocurrencies.

There have been misgivings in official circles on the adoption of Bitcoin as a payment method due to its volatility. The digital currency is known to fluctuate so widely that the value of the coin could vary by up to 60 percent in days. It is interesting that the Arizona Senate on February 8, passed the bill approving the use of Bitcoin for payments by a 16-13 vote. 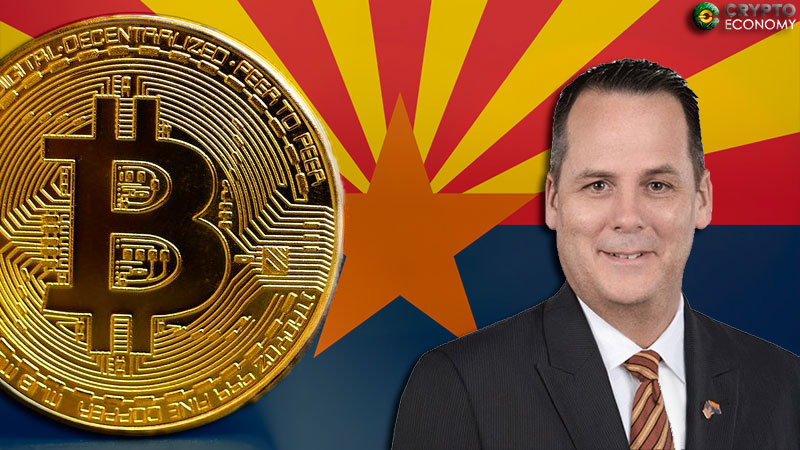 Jeff Weninger, one of the sponsors of the bill said that the purpose of the legislation is to pass a message that Bitcoin is part of the future and that the state of Arizona is poised to be a blockchain haven in the United States.

The bill was initially sponsored by Senator Warren Petersen with three other senators as co-sponsors. The Senate Rules Committee approved the bill which has since gained traction among lawmakers in the state. The essence is to create more digital gateways for payment through cryptocurrencies.

In 2016, the state of New Hampshire made the first attempt at approving Bitcoin for payments but that attempt was scuttled due to concerns about volatility. This time, the state of Arizona seems prepared to beat the odds as Weninger said, “We’re sending signal to people in the United States and the world that Arizona will be a place for blockchain technology and digital currency in the future”.