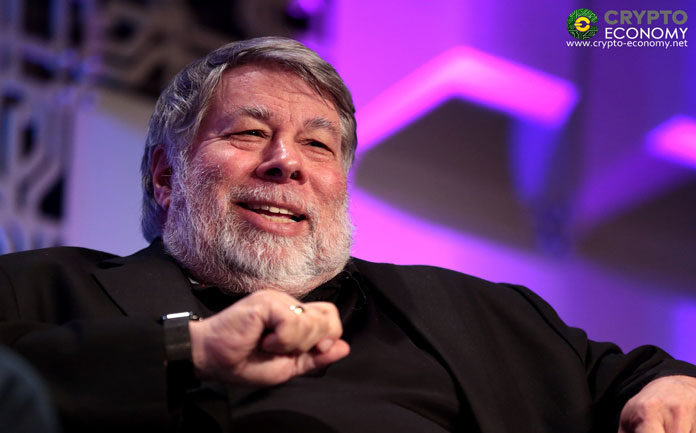 Leading tech giant Apple’s co-founder Steve Wozniak is at it again, this time cofounding an energy efficiency blockchain startup based in Malta. EFFORCE is Wozniak’s way of helping his fellow humans “save money on energy but also to do well on the environment”.

Wozniak revealed the new company during an appearance at the pre-launch of the Delta Summit, on Thursday evening. According to the report, the Apple co-founder said that efficiency has always been important to him. “Blockchain will improve the way we use energy and lower energy consumption without changing our habits,” he said.

Wozniak is not just a founder of the company but he has also invested his own money into the venture. According to him, the company is “a unique business model and we can have a great impact on the entrepreneurship.” Wozniak commented that in terms of energy preservation, the new startup has been “extremely successful” adding that he chose to base the underlying system on blockchain technology because the technology is inherently more secure than traditional servers.

On LinkedIn, EFFORCE’s profile page reveals that the company was founded back in January 2018 with Wozniak’s cofounder in the company Jacopo Visetti. Visetti’s LinkedIn profile states that he works in the renewable and environmental sector. His company EFFORCE will provide the first blockchain-based energy efficiency platform aiming to be “recognized as the first and main platform in the world for tokenized energy savings.”

Wozniak shared a bit of history of how he and his co-founder came to choose Malta as the place to establish the company. According to Wozniak, he has always wanted to live in Malta for a very long time. “It has been on my mind for decades. Like no other place in the world,” he said. In addition, the island’s regulatory environment is extremely supportive of blockchain innovations. He said that the government’s willingness to support blockchain startups and ventures was actually instrumental in deciding on the location.

Malta’s Parliamentary Secretary Silvio Schembri was also present at the pre-launch event. He said that the Maltese government had been looking for a sector to diversify into in order to disrupt its economy for the better when it settled on the nascent blockchain industry. “We wanted to disrupt the way we do things and embrace technology,” he said. This decision has been instrumental in attracting some of the leading blockchain-based businesses including leading cryptocurrency exchange Binance, which fled its home country for Malta in 2018 due to regulatory arbitrage.

Apple Might Have Purchased $2.5B worth of Bitcoin, Rumors Indicate

0
Rumors are flying on Crypto Twitter that the tech giant Apple has purchased $2.5 billion worth of Bitcoin and an announcement will follow soon.
Read more
Companies