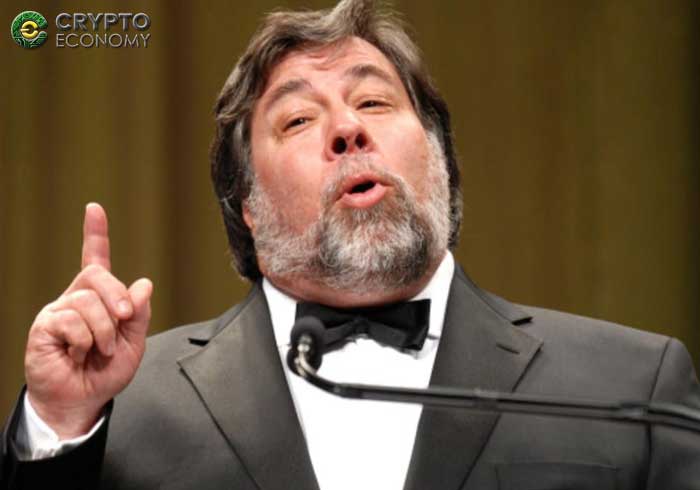 Blockchain technology is still in its infancy despite its tremendous growth in the past ten years. Looking forward no one can really tell what the future of distributed ledger technology portends but the future does look bright.

That was the message behind Steve Wozniak’s speech at the Crypto Invest Summit held this week in Los Angeles. Steve is best known for his role as the co-founder of trillion dollar company Apple Computers with Steve Jobs. Now, Wozniak is a blockchain proponent whose fantasies include traveling around the world with only Bitcoin.

According to Wozniak, the main idea behind blockchain was to have no central authority controlling over it as espoused by the two main blockchains Bitcoin and Ethereum [ETH]. He believes that people have been drawn to blockchain due to its promise for decentralization and immutability of records. And because of this core idea, the technology has proven disruptive in its current space.

Wozniak also made a parallel comparison between the Ethereum platform and Apple’s App Store saying that Ethereum has several functionalities and enables developers to build a variety of different use-case applications on its blockchain. So according to him, it’s hard to predict or tell what people can do with such a platform and that functionality.

Blockchain has become so widespread that it has attracted the attention of governments and other regulatory agencies. Wozniak said that technology has become so prevalent that it has begun branching out to various economic sectors allowing people to create applications “that are changing the way people think and apply it.” Drawing another parallel to the early stages of the internet during the early 90’s he said that blockchain is having similar events that helped catapult the internet in those formative years.

Decentralized applications are disrupting the traditional economic sectors and threatening the incumbent industry leaders. As the saying goes, ‘if you can’t beat them you join them’, most of these incumbent leaders are looking at ways to integrate blockchain technology so as to remain relevant and competitive in the new age economy. This phenomenon is slowly creating a cultural shift and according to Wozniak, “I love to see the culture change, but culture resists change.”

During his entire speech, Wozniak showed his enthusiasm and optimism about the new technology but was cautious to make any bold predictions about the future saying both Bitcoin [BTC] and Ethereum [ETH] are in their early stages and no one can really tell their future at this point.

0
The crypto market is currently plagued with a persistent bearish pattern. Bitcoin has touched $17K, sending shockwaves in the entire market. However, speculators in...
Read more
Price Analysis

0
Investors remain nervous about where the price of bitcoin is going next, as the currency trades around the $20,000 mark. After a sharp sell-off over...
Read more
- Advertisment -
Posting....