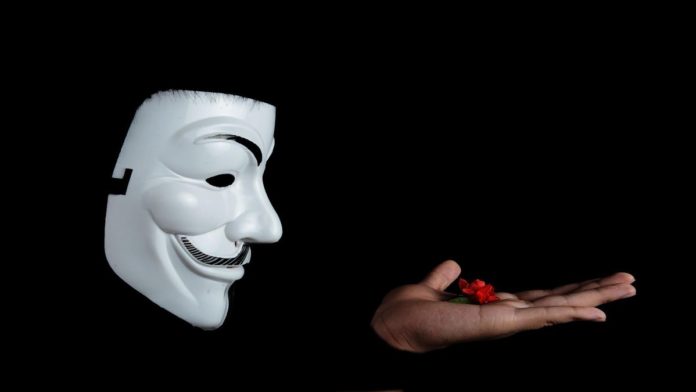 In a recent video message, the hacktivist group Anonymous has announced to take action against the Co-Founder of Terra Blockchain, Do Kwon. The group claims that Do Kwon had illicit intentions from the very start. Thus, the group will expose its alleged crimes of Kwon.

The group stated that the past few months have been challenging for the crypto industry, and the overall global economy as well. There were possible expectations for disruption in the market due to the deteriorating macroeconomic conditions. Also, another bear market run was expected. But the actions of the Terra Luna ecosystem caused further turbulence in the industry.

Anonymous further argued that Kwon scammed retail investors at large, draining millions of dollars from them. Furthermore, the group criticized him for his arrogant tactics, as he always felt superior to his competitors. They said that Kwon was put to shame over his bold and arrogant statements, as he said that it was entertaining to see other projects fail.

Anonymous Calls Out Do Kwon Openly

Terra has fallen terribly in the market. As it stands, there is no possible way out for the blockchain network. Anonymous also pointed to the news that Do Kwon was cashing out $80 million per month from Terra which led to the crash of LUNA and UST. This was found out during the investigation of the SEC with the employees of Terraform Labs.

Moreover, Kwon denied the accusations but in a blurry manner. However, the testimony of the employees carries more weight than the denial of Do Kwon himself. Currently, Kwon is being interrogated for money laundering, malice, and fraud. In the video message, Anonymous emphasized that people do make mistakes at times as several projects have failed. However, the Kwon was operating with maligned intentions from the start.

Anonymous also referred to an interview where Kwon kept on referring to going back to nothing. It was also brought to light that Do Kwon previously worked on a failed stablecoin project, Basis Cash. This project failed because of regulatory concerns, and several investors lost their money. However, Kwon was never held accountable, as he operated under an anonymous name.

Furthermore, Anonymous stated that it is quite evident that Do Kwon has a past that is full of dark secrets. They termed him as a scammer and announced to carry out an investigation on them. They will dig deep into Kwon’s past and a trail of destruction.

0
Prosecutors from South Korea are aggressively investigating the sudden crash of Terra and its native tokens, TerraUSD and LUNA. They have now carried out...
Read more
Tutorials

0
A Bitcoin mixer is a type of protocol designed to increase the anonymity of Bitcoin transactions. It should be noted that a wide array...
Read more
CryptoCurrency News

0
The crash of Terra alarmed the entire crypto industry. The global investing community panicked and raised concerns over the future of crypto. Moreover, the...
Read more
CryptoCurrency News

0
The Prosecutors Office of South Korea has recently begun a fierce crackdown against Terraform Labs, and its CEO, DO Kwon. All employees have also...
Read more
- Advertisment -
Posting....
We use cookies to ensure that we give you the best experience on our website. If you continue to use this site we will assume that you are happy with it.OkPrivacy policy