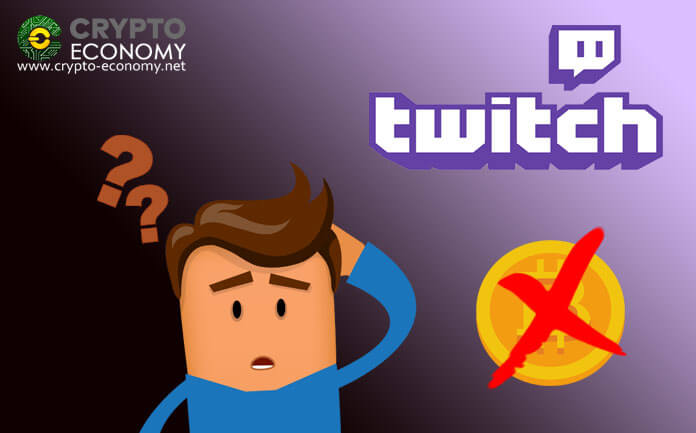 Amazon’s live streaming service Twitch.tv has silently disabled payments from its users through both Bitcoin and Bitcoin Cash as these two options were previously available on the platform.

As noted by one Redditor who reported this development over the weekend, “They removed it in the last couple of weeks as a payment method for all countries. Negative adoption strikes again, unfortunately.”

Twitch.tv has not publicly made any pronouncements on this reduction of payment options and several Twitch service users who have previously made payments using either Bitcoin or Bitcoin Cash were disappointed in the news. One such redditor wrote, “well, I’m taking action now, canceled all my subs + sent them a ticket.”

Twitch had formerly enabled payments in cryptocurrency through a partnership with crypto payments processor BitPay. Coincidentally, on March 20th, another Redditor reported that Streamlabs, a popular streaming software popular with Twitch users had disabled the use of crypto as payments and a donation option. The latest version of Streamlabs does not support crypto donations. Through the crypto integration, Streamlabs users were able to connect to their Coinbase accounts and redeem their tips and donations.

It is not known why Twitch chose to disable crypto payments but it’s rumored that it could be due to the insignificant number of users that were taking advantage of the option. Several other users have reported that they did not even realize the streaming service accepted Bitcoin for payments. Twitch began accepting Bitcoin and other cryptocurrencies as payment back in January 2018.

Twitch reportedly has more than 15 million active daily users of the service which was acquired by Amazon back in 2014 for $970 million. It sports over a million concurrent users on average and more than 2.2 million broadcasters. A few other service providers have disabled payments in crypto that they had previously started supporting including Chess.com and Expedia.com website which disabled payments in Bitcoin in June 2018.