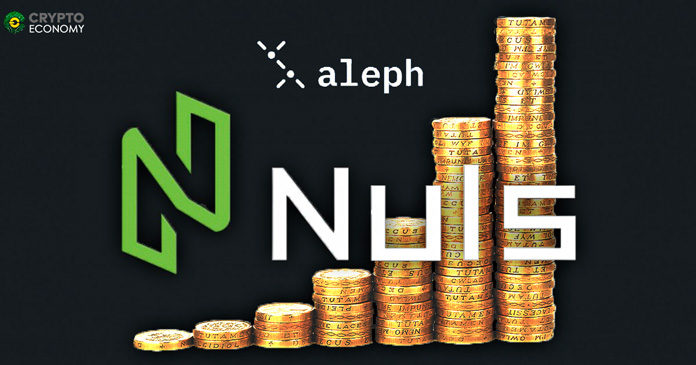 A trial run put together by Nuls an Enterprise-grade blockchain platform and Aleph a cross-blockchain layer two network platform has ended on a high note. Within 24 hours, Aleph had 2 million staked NULS tokens at its disposal from the SCO project.

Per the press release, an SCO or a Staked Coin Output is a new reward model where interested parties stake a token to receive another token as reward. In the case of NULS platform, users have to stake NULS tokens to receive Aleph tokens as rewards. However, to get the rewards, every NULS holder has to stake at least 2,000 NULS. After stacking, users have the liberty of choosing how they want to receive their awards.

In an SCO project, things take a different turn where people stake their tokens in a consensus validation node. By choosing to stake in an SCO project, the token holders are supporting the entire ecosystem of the project. In its project, NULS had four nodes spins up and with one node having 5,000,000 tokens. The project was so successful and led to 2.1 million NULS tokens getting staked by users in Aleph nodes. The latter came with a rough valuation of 1.25 million.

Although it’s a new reward scheme, the success of NULS SCO project has presented stakeholders with an opportunity to launch their SCO projects. Due to NULS success, Hena a mobile advertising platform based on blockchain technology has set out to launch its SCO project.

While it may seem like a small venture, an SCO project has a broader use case for firms in the crypto space. For instance, through the NULS network, ideas can be tested before they hit the market. By having the tokens staked for rewards, users get a chance to learn of the project and its usefulness.

On the other hand, firms behind the business concept get a glimpse of their product hitting the market and also get customers reactions. Moreover, they can also gauge how prepared they are for the project before they go full-blown.

Apart from just running a successful project, NULS network seems to be a project to observe. The latest ranking from the Chinese CCI Research Institute placed NULS on the fourth place.

0
The world’s largest trading platform for crypt currencies, Binance, suspended trading on Wednesday for up to 6 hours in order to fix issues and...
Read more
Bitcoin News

Catherin Coley (Binance US CEO): Talk about Bitcoin and Ripple

0
Catherin Coley on CNBC’s Power Lunch on Wednesday attempted to explain why Bitcoin is emerging as the safety investment over other coins. Ina  comparison...
Read more
Regulation

Telegram and SEC Meet In Court

0
Telegram and the U.S. Securities and Exchange Commission (SEC) are facing a  New York federal judge today, February 19. This case is believed to affect...
Read more
- Advertisment -
We use cookies to ensure that we give you the best experience on our website. If you continue to use this site we will assume that you are happy with it.OkPrivacy policy