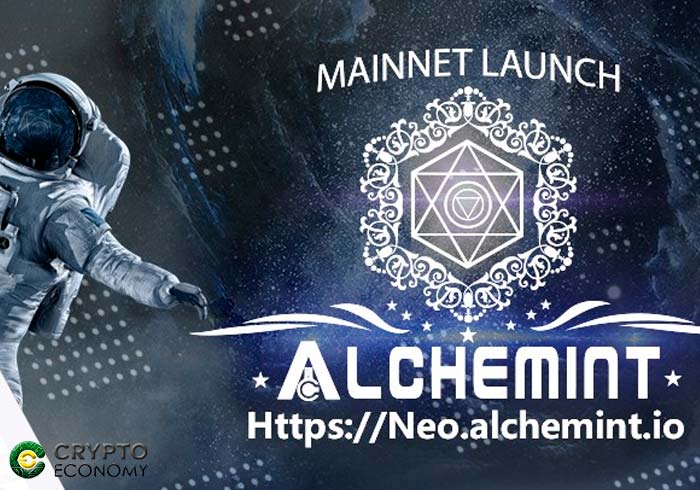 Recently this December, Alchemint launched SDUSD stablecoin issuance platform to the NEO Mainnet, announcements were however delayed until December 26th so it could monitor the smart contract’s performance.

Alchemint aims to mortgage digital assets through smart contracts and manage collateral risk and eventually anchor stablecoins to any asset including not just cryptocurrencies and other digital assets but also fiat currencies.

SDUSD is the first stablecoin on NEO blockchain. Clients in the Alchemint platform can use smart contract and Oracle system to issue the SDUSD stablecoin. The coin is pegged at a 1:1 ratio to USD by over-mortgaging cryptocurrency NEO.

NEO holders can now use the Alchemint’s platform and mortgage their NEO to issue SDUSD. SDUSD users are required to pay a 2% annual fee as issuing fee in SDS when they want to return their SDUSD. The issuing fee is considered as an interest fee for the crypto lending. The Alchemint platform provides a more cost efficient way for lending compared to the 7% crypto lending interest fees.

Additionally, when the NEO price goes down, SDUSD holder can liquid other’s Smart Assets Reserve [SAR] with 149% or lower collateral rate, and receive NEO in 90% of the market price.

Alchemint is a cryptocurrency stabilization system that runs on NEO’s public chain. It is a decentralized stablecoin that uses distributed ledger technology to create high performance, application-grade encrypted digital currency.

Alchemint completes the mortgage of digital assets, management of collaterals value and issuance of stablecoin through smart contracts. Alchemint aims to create a strong and transparent stablecoin issuance system.

The Alchemint’s token, SDT, carries the entire operation of financial communities. The token is used as a security token for the entire network and is mainly used to pay commissions when repaying debts to retrieve collateral. SDT token holders can participate in the governance of the systems risk control.

The Alchemint released an English translation of its whitepaper on the 9th of March this year, which announced the Alchemint’s stablecoin SDUSD. SDUSD distinguishes itself from other stablecoins such as Tether or BitUSD since it is not only pegged to the US dollar but to other digital assets and fiat currencies.

The Alchemint Foundation aims to expand its use cases for SDUSD and build a connection between NEO Smart Economy and the entire globe.