Insurance giant AIG, IBM and commercial bank Standard Chartered announced the successful completion of the pilot of the first multinational insurance policy in smart contracts based on blockchain technology.

The development of the platform was carried out by IBM and is based on the framework Hyperledger Fabric, which is one of the projects of Hyperledger hosted by The Linux Foundation. The pilot test was to create a smart contract based on a combination of a multinational and controlled master policy written in the United Kingdom and three local policies used in the United States, Singapore and Kenya according to the companies’ press release.

The applications and possibilities offered by blockchain technology embrace in a very assertive way the possibility of transforming the insurance industry. By creatively leveraging smart contracts to help meet the rigorous regulatory requirements in different markets, they demonstrate in their pilot performance the ability to improve efficiency and open new business models for the sector.

In the pilot exercise, the combined policy of the participating companies facilitated the simultaneous exchange of real-time data for all on the network, as well as easy visualization of the details of coverage and premium payments at the levels local and master. The smart contract was also able to send notifications to network participants after any payment made. 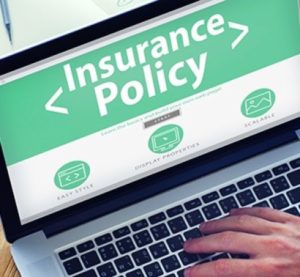 The smart pilot contract demonstrated the ability to enable the access to the information to authorized third parties, such as auditors, brokers and other stakeholders, while revealing only the data that would be relevant to them, thus maintaining the requirement of privacy and security without the need for direct intervention.

London-based bank Standard Chartered revealed that it had chosen the three local policies, USA, Kenya and Singapore, in addition to the UK’s master policy, in order to test the technology’s ability to adapt to different use cases. The challenge of global banking in this case remains to ensure consistent, reliable and secure financial transactions, whether as part of its business or as customers.

This successful pilot demonstrates that blockchain technology has a powerful role to play in the future of insurance business. Their impact can increase trust and transparency for an industry whose pillars are built on those values.

Although AIG is the first insurer to successfully complete a smart contract pilot, other insurers are working to find solutions through blockchain. Last year, Munich Re, Swiss Re, Generali, Zurich and Allianz formed the B3i consortium to develop blockchain solutions for the insurance industry.

Blockchain technology has immense potential to improve traditional services by reducing operational costs, increasing privacy and security, and increasing the overall efficiency of the insurance business.