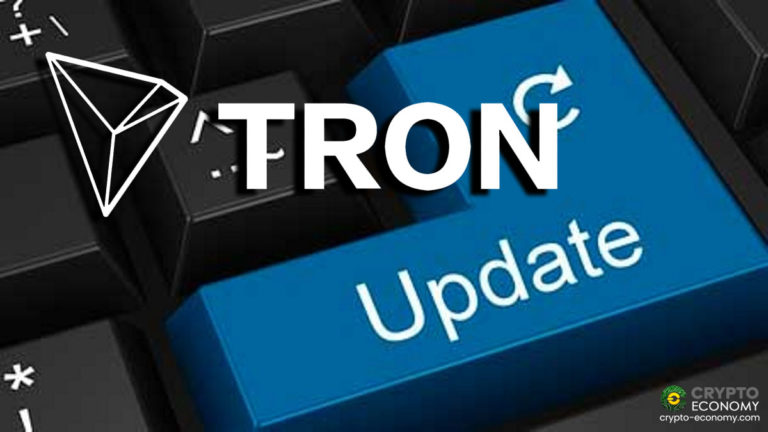 After OKEx suspending withdrawals on October 16, Tron Foundation and Justin Sun, CEO and founder of Tron, has announced an unlimited 1:1 withdrawal campaign of TRX on OKEx to help TRX holders protect their assets.

As Crypto Economy reported on October 16, OKEx announced the temporary suspension of withdrawals for all digital assets on its platform after the arrest of its founder and CEO Star Xu in China. OKEx, at that time, said that that one of the private key holders of the exchange was engaged in an ongoing investigation. As a result, he cannot approve withdrawals as long as he is unavailable.

But the recovery time has not been set yet, which results in the assets of OKEx users are unable to circulate and withdrawn freely. So to protect TRX holders’ assets on the exchange, Tron Foundation has announced this manual withdrawal campaign.

The announcement, made on Tuesday, October 20, states:

“After careful consideration, in order to be responsible for our TRX token holders, TRON Foundation and Justin Sun have decided to shoulder their major responsibility in the industry and give users access to the unlimited 1:1 withdrawal of TRX on OKEx. This decision will take effect as soon as it is announced.”

According to the procedure given by Tron Foundation, users should go to the OKEx app and select internal transfer, select TRX, ans use [email protected] as the account name. Then they have fill in the last 8 digits of their mobile phone number after the decimal point of the quantity to be transferred. For example, if a TRX holder is to transfer 1000 TRX, he will write 1000.12345678.

“Multiple accounts have triggered our risk management system. As a result, those accounts have been automatically banned for internal transfers. To ensure the safety of their assets, we’d like to remind users not to engage in unauthorized platforms.

Your funds are safe @OKEx.”

But it is not clear whether this was caused by TRX holders trying to withdraw their assets or something else has happened.