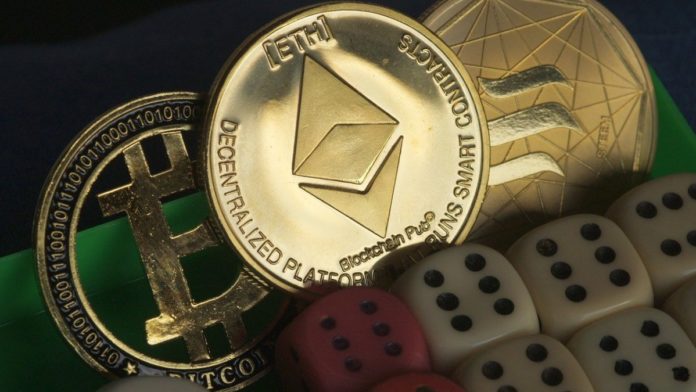 Bitcoin exchange-traded funds (ETFs) had nothing short of a spectacular launch this year. In the latest development, Canada-based ETF provider, Evolve Funds announced that it has filed a preliminary prospectus with the Canadian securities regulators for the Ether ETF.

Ether’s (ETH) has seen a meteoric price rally as the bull run heated up. Despite a minor retracement from its peak price level, the demand for the world’s largest altcoin was still intact. Hence, in response to the overwhelmingly positive sentiment with regards to Ether, Evolve has designed ‘ETHR’ in a bid to provide investors with exposure to the crypto-asset.

After Bitcoin ETFs, next up is Ether ETF

Raj Lala, President, and CEO, at Evolve, was quoted saying,

“As a leader in disruptive innovation, we look forward to providing Canadian investors with access to another leading cryptocurrency through an ETF structure.”

The exec also went on to assert that cryptocurrencies are essentially “fundamentally transforming” digital finance and Evolve aims to position itself as a leading expediter for investing in this industry.

The official blog post mentioned that the investment objective of ETHR is to offer market participants the necessary exposure to the daily price actions in terms of the US dollar price of Ether [ETH].

The pros for this mechanism involve minimal tracking error by using the perks of the creation and redemption processes offered by the exchange-traded fund [ETF] structure.

Furthermore, the aforementioned fund’s portfolio will be valued based on the ETHUSD_RR, which happens to be a “once-a-day benchmark index price” for the crypto-asset denominated in US dollars.

This is administered by the benchmark administrator, CF Benchmarks. The ETHUSD_RR is also currently the settlement index for futures contracts listed by CME Group, said the official press release.

“ETHR intends to invest in Ether on a passive basis, the Fund’s holdings will not be actively managed and accordingly, will not be hedged or repositioned to attempt to take defensive positions if the price of Ether declines or is expected to decline.”

The platform clarified that ETHR will not seek exposure through derivatives and does not plan on paying regular cash distributions.

Besides, the first one to go live two days prior to Evolve was Purpose’s Bitcoin ETF, which was launched on the 18th of Feb this year.

The two historic Bitcoin exchange-traded funds had previously witnessed massive trade volumes amid volatile price action of the market before cooling down.

0
Ethereum remains under immense selling pressure. The coin is down 17 percent week-to-date and below $1.5k in a bear continuation formation.
Read more
CryptoNews