After 200% rally, Shiba Inu [SHIB] investors need to know this 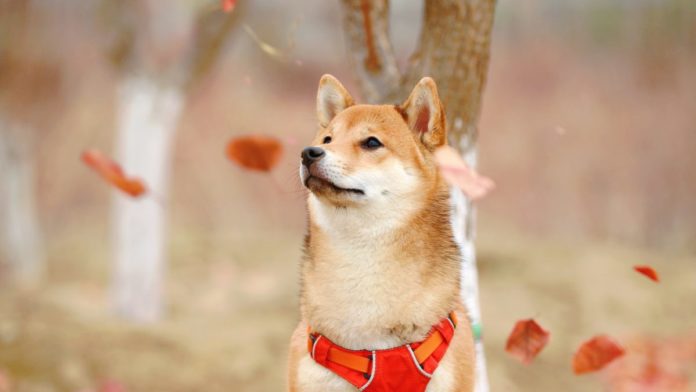 Shiba Inu [SHIB] has been on a tear lately. So much so that it emerged as the top gainer among the top 100 cryptocurrency assets by market cap. It was up by a whopping 214% over the past week alone and stood tall at a price of $0.000031 after netting approximately 20% gains over the past day.

Despite the explosive price action, many experts have dismissed this Dogecoin spinoff after mostly basing their argument on the crypto-asset’s supply which is inflationary in nature. As a result, SHIB is often deemed to be just another “pump and dump” strategy. However, the sporadic rise paints a different picture.

As retail frenzy around Shiba Inu coin reached record levels, what followed was a big whale dump. While this did result in a sharp retracement just when SHIB was reaching to claim the May highs, the damage was not very palpable. More so, the cryptocurrency asset eyed an extended rally.

Where is Shiba Inu [SHIB] headed?

SHIB’s technical front looks decent. The trading volume has been pretty moderate even as the uptrend appeared to be heading for a breather in the short term. The Relative Strength Index [RSI] on the 4-hour chart also hovered well above the bullish territory after recovering from a fall near the 50-median line. Meaning the buyers continued to dominate the overall market structure and sellers have to wait. The MACD also exhibited a similar sentiment as it encountered a bullish crossover.

Interestingly, SHIB’s price candles bounced off of the 20 4-hour moving average [Blue] which indicated a level where the market players intend to accumulate more tokens. The level of $0.000027 can be deemed as a crucial support point for SHIB’s price action in the near term.

Very likely. SHIB’s inception has been tumultuous and controversial, especially in a space that has seen spin-offs acting scammy and contentious. Even as the criticisms ensued, several platforms have listed the meme coin, BitPanda being the latest. Adding further validation are the crypto exchange listings made by Binance, Coinbase, FTX among others. 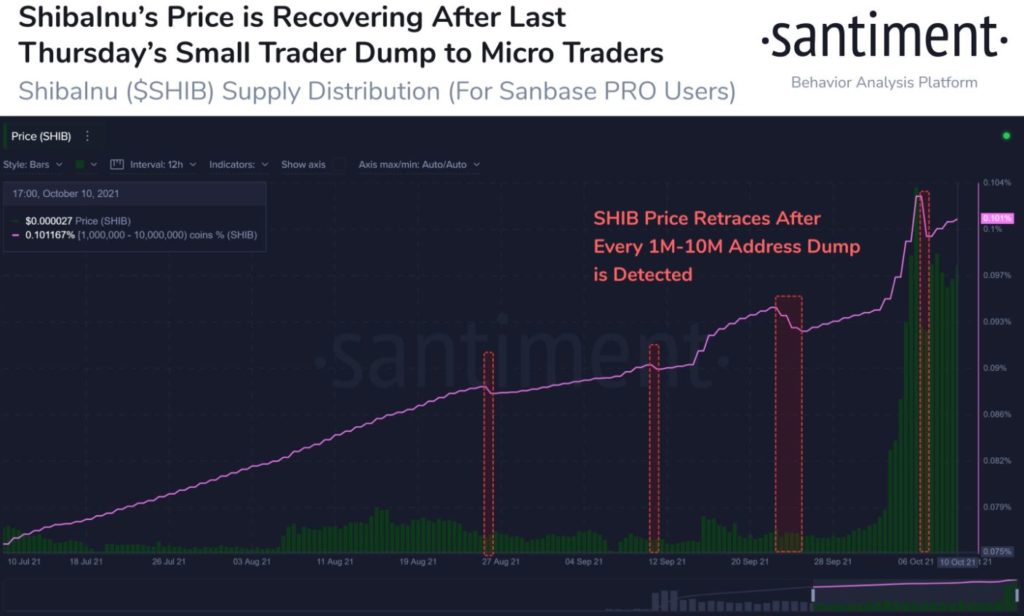 As of now,  SHIB has managed to invalidate the bearish cues that rose out of weak on-chain metrics. However, there’s more.

From the above chart by the crypto-analytic platform Santiment, it can be observed that the SHIB’s price resumes an uptrend every time after the millionaires’ cohort dump their token holdings. After sustaining the largest dump in the asset’s 6-month history, Santiment noted that – “Things are now rebounding.”

🐶 #ShibaInu's addresses worth 1M to 10M $SHIB made their largest dump in the asset's 6-month history on Thursday's price drop. 31.07B coins were shed from these addresses, 3.02% of all of these modest-sized address holdings. Things are now rebounding. 📈 https://t.co/qja8cfp9fE pic.twitter.com/D8M1WjDanh

0
Shiba Inu has had an interesting year. From riding the wave of dog-themed rallies, to briefly flipping the OG Dogecoin and eventually...
Read more
CryptoCurrency News

0
Shiba Inu made a breakthrough after Kraken's most-anticipated listing. The popular meme coin rose by a whopping 26% over the past 24-hours and...
Read more
CryptoCurrency News

What future does Shiba Inu [SHIB] hold in gaming and metaverse?

0
Shiba Inu's explosive rally may have faded but that has not wavered cryptocurrency exchanges to list the meme-coin. In fact, Phemex, which happens...
Read more
- Advertisment -
Posting....