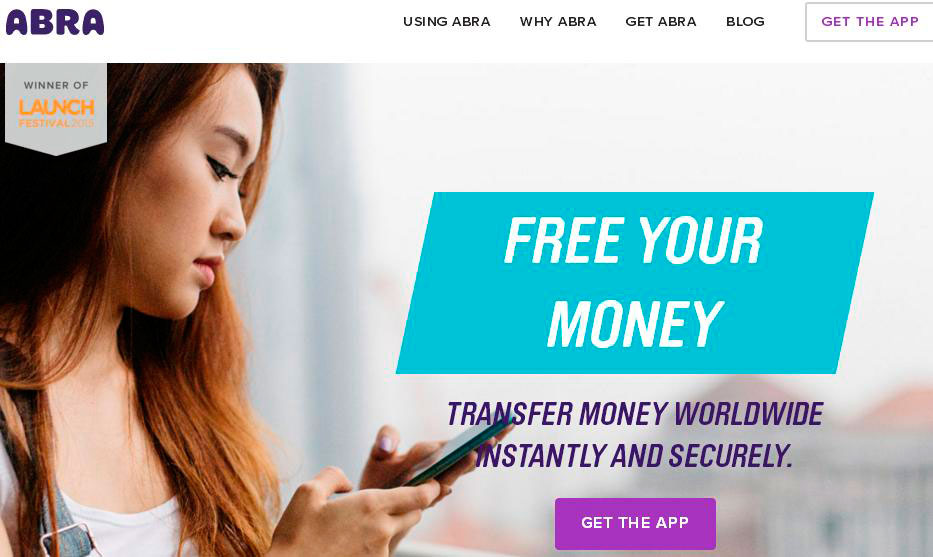 A platform that is certainly interesting to follow, and that uses blockchain technology to operate, is Abra. Abra aims to democratize digital money by introducing a peer-to-peer (P2P) money transfer platform without having access to, or being a custodian of, user funds.

Apparently, the financial engineering behind Abra is so complicated that no one has said exactly how it works. The developer of the platform has promised several times over the past year that he would be publishing a series of blog articles explaining the technology behind Abra, however these articles have never appeared yet.

The developer of Abra, Bill Barhydt (CEO), has a huge fixation with the concept of transferring money globally between two phones. He wants to be the pioneer and leader of cross-border mobile banking services.

Abra is the second company Barhydt has created with Pete Kelly to solve this puzzle; The first was called Boom Financial, which did not use Bitcoin, was not peer-to-peer and operated with banks in a centralized environment. Boom also focused on creating Internet banking in developing countries and committed as a humanitarian cause, but was sold to Digicel, who was also the main investor of Boom. Abra has been well-funded by a number of investors, including American Express and Barry Silbert Digital Currency Group. 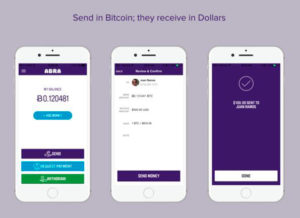 Barhydt says he invented a “synthetic currency,” but Abra does not have a white paper, and at this time, Abra is only active in the United States and the Philippines, but will be launched globally before the end of February, and the lack of transparency is a little unsettling. There have been some annoying situations in the Philippines, however it is still time to correct.

Part of Abra’s attraction is that he uses bitcoin as backup, but people who are not familiar with bitcoin will not understand the importance of taking the necessary precautions to safeguard their money. The user interface of the application does not seem to be very well thought out. The “back-up portfolio” function is difficult to find. There are therefore great risks for users less familiar with the use of bitcoin. For example, if a cashier or user loads a large sum of money into your Abra application and has neglected the backing of your wallet, you would lose all your money permanently if your phone is stolen, lost, or reformatted.

Another significant point to consider is whether the Bitcoin network can handle Open. There is the potential, if the application becomes very popular, of a great integration of users, and therefore, would greatly increase the flow of transactions. The Bitcoin blockchain cannot process as many transactions per second as a traditional payment network such as PayPal or Visa. With such a great ambition, to create a global P2P money transfer system in all currencies, with sent and received within a smartphone application, the lack of a precise technical explanation arouses suspicions.

Without adequate technical and social auditing to ensure that users’ funds are safe, there could be a serious setback. Smart contracts can be hacked. Actually, Abra is selling the illusion of money, with new technology using smart contracts and bitcoin, but without verifiable security, what will be the cost of all this? Maybe some kind of “Abra Cadabra, your money is gone”? Precautions are never too much.