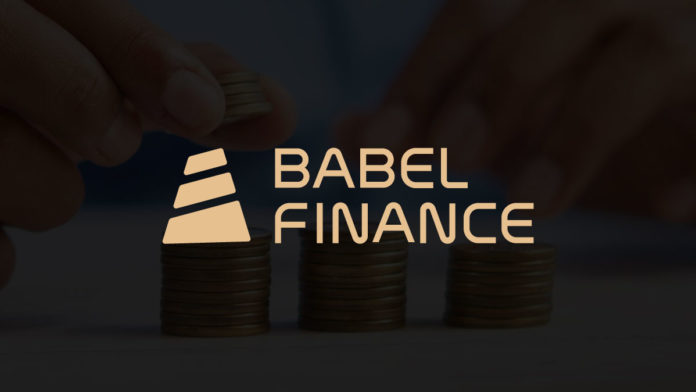 As part of its effort to survive the current downturn in cryptocurrency markets, Babel Finance, the distressed crypto lender that froze all withdrawals on Friday, announced it had won a reprieve on its debt repayment obligations.

Babel, a Hong Kong-based firm, said in a statement on Monday that it had reached preliminary agreements on the repayment period of some debts that have made it easier for the company to maintain its short-term liquidity pressure.

One person with knowledge of the matter, asking not to be identified discussing private information, said that Babylon is in discussions with large institutions about possible solutions, which include setting up a new entity to take on some of the debt. I sent a message via LinkedIn seeking comment to Flex Yang, one of the co-founders of Babel. Yang didn’t respond immediately.

It is not surprising that Babel is having problems as they are a reflection of the turmoil sweeping the crypto industry at the moment, where it is being reported that at least one more major lender is freezing withdrawals and a prominent hedge fund is attempting to stave off collapse. In a statement issued today, Babel stated that the withdrawals were halted due to unusual liquidity pressures.

Babel has yet to disclose when it plans to allow withdrawals on its platform or identify which lenders it is in discussions with. A person familiar with the company’s plans would not comment on the topic.

According to Babel Finance,

“given the current market context of severe volatility, the company’s management will continue to track and maintain close relationships with its customers, counterparties, and partners in order to provide updates in a timely and transparent fashion.”

Quite unexpectedly, Babel’s fortunes have turned back around, which was a sharp contrast to the company’s recent announcement of an $80 million funding round that put the company’s valuation at $2 billion less than a month ago. Toward the end of the last year, the company was owed a balance of more than three billion dollars on its loans.

A wave of liquidations is now posing an existential threat to many industry participants after more than $2 billion of the value of cryptocurrencies has been wiped off since they peaked last year.

A rival lender, Celsius Network Ltd., announced on Monday that it needs more time to stabilize its liquidity and operations after freezing deposits earlier in June. The company said on its blog that the process would take time. Three Arrows Capital, a crypto hedge fund whose co-founders told the Wall Street Journal last week that the crypto selloff this year had left it with large losses, has hired legal and financial advisers.