A New App Lets People Mine Bitcoin On Regular Devices 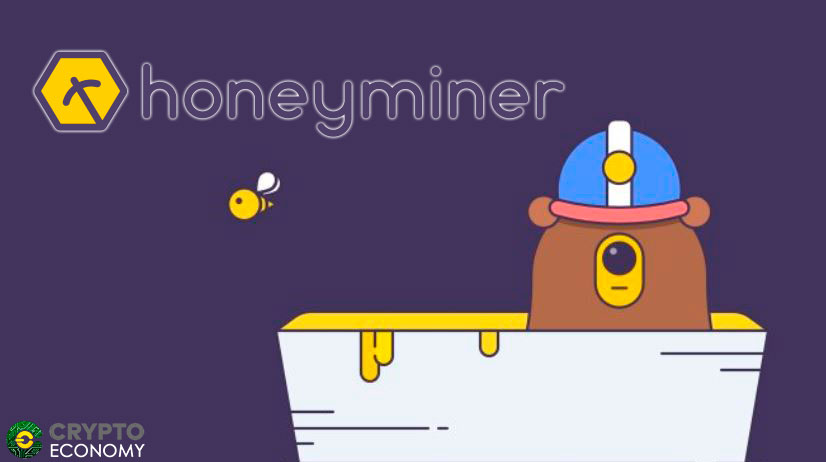 A crypto mining startup, Honeyminer has announced the development of an app which enables users mine bitcoins just as in the early days of the cryptocurrency, with regular computers. The app allows users to join a large mining pool in which mining hashrate is aggregated to let every participating device earn some cryptocurrencies that are automatically converted to bitcoin during payout.

The New Jersey based company revealed that they have released a beta version of the app in June. This version already has 10,000 downloads around the world. The Honeyminer app utilizes users’ graphic processing units (GPU) to mine digital coins when the GPUs are not being used in processing photos or videos.

The pool focuses on mining cryptocurrencies such as Zcash, Ethereum and others by switching to whichever coin it finds easier to mine every 10 minutes. The mined coins are later converted to Bitcoin and sent to users’ wallets.

“The miner doesn’t have to do the math or manage all the configurations and settings, or manually check the prices,” said Noah Jessop, Honeyminer advisor. Jessop is a venture capitalist and founder of San Francisco based Collective.

“We make it so that any surplus compute, so any laptop you aren’t using all the way up to a rig that you run is automatically doing the most profitable computation.”

The project is a collector’s dream, especially for people who cannot participate in mining activities due to the increasingly sophistication and cost of mining equipments. The app also helps hobbyists who do not have easy access to exchanges or know other means of owning bitcoins. 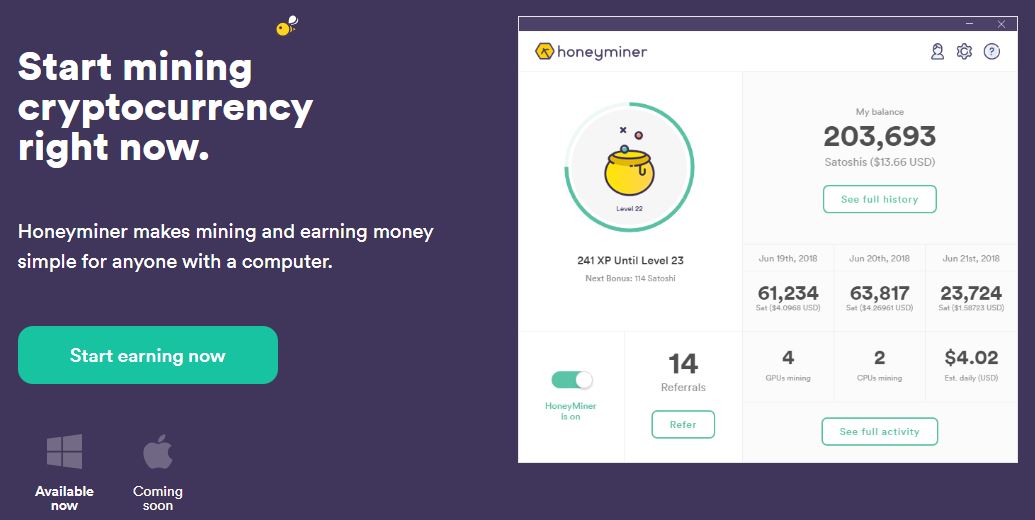 “We are pooling people together to find those block rewards faster. Together, we have a larger hashrate,” said Honeyminer co-founder Larry Kom “Not only do we connect you to the blockchain and anonymize you through us, but you also are contributing to what is, in essence, a pool.”

Expectedly, the app doesn’t promise quick riches. In reality, the days of earning lots of bitcoins are long gone. The pool helps collectors and people who just want to partake in a mining pool that enables them earn some coins.

The coin market volatility and the commission of Honeyminer which ranges from 2 to 8 percent means that users cannot expect to earn more than a couple of dollars daily depending on the hardware in use. That this is possible after running the computer all day may be a setback to the project. Despite this, there is no doubt that the Honeyminer app may be one of the easiest ways of earning bitcoin.

The company said that 18 percent of the app users are from developing countries. “If you hear about crypto and you want to learn, you can either go out and pay real cash money,” Jessop said. “Or you can download a program in 30 seconds and start earning your own crypto, for free.”