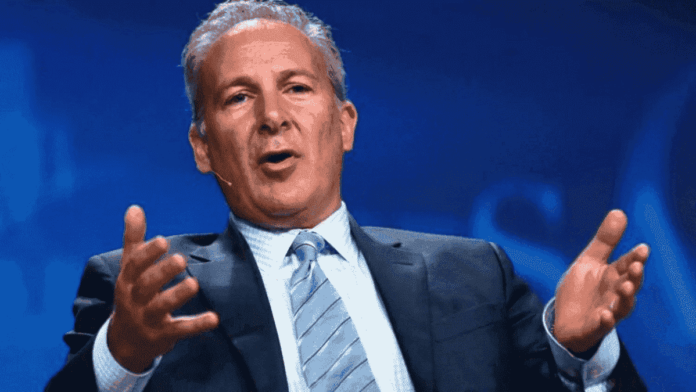 In a recent development, the regulators of Puerto Rico issued a cease-and-desist order to a Bank owned by Bitcoin critic Peter Schiff. The bank has been facing global investigation over allegations of money laundering and tax evasion. However, several cryptos and bitcoin geeks reacted to this news. Peter Schiff has remained a staunch opposer of bitcoin. Thus, the bitcoin community is making fun of their old nemesis.

The Office of the Commissioner of Financial Institutions from Puerto Rico blocked the Euro Pacific International Bank. The bank is facing allegations of insolvency and non-compliance. Moreover, regulators are of the view that Euro Pacific has a long history of lacking compliance and controls.

Previously, the Joints Chief of Global Tax Enforcement (J5) also started an investigation on the bank of Peter Schiff over alleged facilitation of offshore tax evasion. J5 was created in 2018 with the collaboration of the governments of the US, the UK, Netherlands, Canada, and Australia. It was primarily focused to deal with global financial crimes.

Peter Schiff Denies the Allegation on the Euro Pacific Bank

As per the cease-and-desist order, the bank of Peter Schiff reported a net loss of $751K in 2019. Then, the bank had $4 million in losses. But towards the end of 2020, Euro Pacific had negative capital of $1.3 million. As per the order of the regulators, the bank posted a loss of $550,000 in the first three months of 2022. Therefore, the bank is termed insolvent.

Puerto Rico put my bank into receivership due to "insolvency." The bank has no debt, no loans, and enough cash to fully cover all deposits. A qualified buyer is offering me $17.5 million for the bank, plus $7 million in new capital. Who pays $24.5 million for an insolvent bank?

These allegations were completely denied by Peter Schiff. He tweeted that the bank has enough cash to cover deposits. Also, he stated that it has no loans or debts. He further added that the Puerto Rico regulators are not considering his personal $7 million investment as the capital of the institution.

Peter Schiff had an offer to sell the bank for $24 million. However, the plan was dismissed by the regulator. Moreover, the economist added that IRS and J5 could not find any evidence over the imposed allegations. Previously, the bank also renewed its license with a $5,000 fee.

When OCIF closed my bank it imposed a $700K fine for operating a bank without a license from Feb. 9th – June 30. But on Jan. 13 the bank filed the annual license renewal and paid the $5k fee. Despite near constant communication with OCIF, there was no mention of a renewal issue.

Due to these recent events, Peter Schiff has been mocked by Bitcoiners. Many of them suggested that Bitcoin is the only way out for him because of decentralization and no censorship. People term it as Bitcoin karma and emphasize that only Bitcoin can provide a way out from unnecessary government interference. Peter Schiff has repeatedly said that BTC does not have the ability to perform as a store of value.

0
The US Money Reserve, one of the country's largest distributors of U.S. Government issued gold, silver, and platinum coins, just dropped in a study...
Read more
- Advertisment -
Posting....
We use cookies to ensure that we give you the best experience on our website. If you continue to use this site we will assume that you are happy with it.OkPrivacy policy