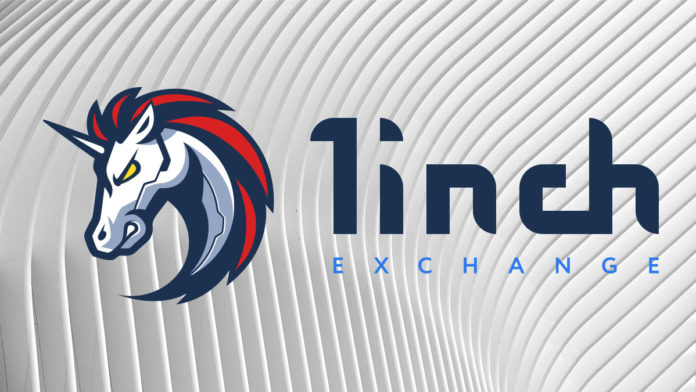 Decentralized exchanges (DEXes) like 1inch revolutionized financial technology where traders need only connect their wallets, never giving up access to their funds or personal information to companies. DEXes allow users to retain control of their funds while converting one token for another.

DEXes provide more security and privacy than their centralized counterparts, which is why they have seen a substantial increase in activity in recent years. 2020 has been crazy for the DeFi market as not only the funds into DeFi protocols ballooned, but innovations have also emerged to improve the crypto trading experience. One of these innovations is DEX aggregators.

Decentralized exchanges have grabbed a lot of attention, but problems are also emerging as they have grown from few to many. The issue with decentralized exchanges is that most of them do not provide enough liquidity, especially for smaller tokens, making it difficult to enter and exit larger positions without substantial slippage.

To address these liquidity issues, the innovation of DEX aggregators has joined the DeFi market. DEX aggregators are decentralized finance (DeFi) protocols that enable crypto traders to access a wide range of trading pools via one single dashboard. 1inch Protocol is such a DEX aggregator.

In March 2021, the 1inch team has recently released the third version, 1inch V3. Let’s take a look at 1inch Protocol which has been renamed to 1inch Network. 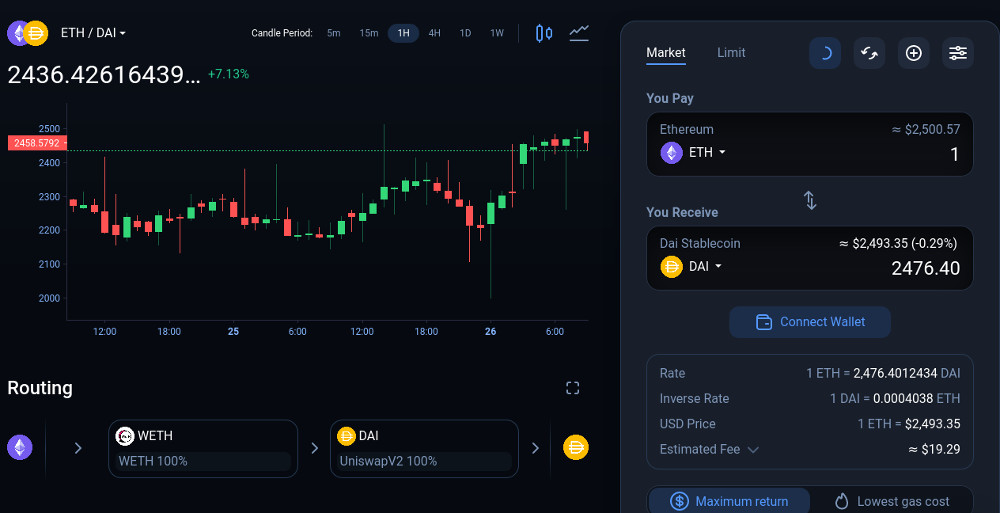 What is 1inch Network?

1inch Network, launched in August 2020 after a $2.8 million funding raise from Binance Labs, Galaxy Digital, Greenfield One, Libertus Capital, Dragonfly Capital, FTX, IOSG, LAUNCHub Ventures, and Divergence Ventures, is a decentralized cryptocurrency exchange (DEX) aggregator used to buy or sell cryptocurrencies across multiple DEXs. The project is the brainchild of Russian developers Sergej Kunz and Anton Bukov. They built the first medium viable product (MVP) for a DEX aggregation protocol at the ETHGlobal New York hackathon in May 2019.

This MVP then evolved into the 1inch Network, an ecosystem of decentralized protocols whose synergy is enabling the most lucrative, efficient, and secure operations in the DeFi space. A blog post by the 1inch Network describes the 1inch ecosystem as:

“The 1inch Network is a collection of strong and composable DeFi instruments, which together enable both veteran and new DeFi users to maximize the financial opportunity of Web3 with clean UX and secure contracts.”

As a DEX aggregator, it scrapes a handful of decentralized exchanges for the cheapest prices and reroutes its customers’ trades between them to try and ensure that they’re getting the best prices. Orders are split across multiple DEXs to find the best market price available by using arbitrage bots. By swapping tokens on 1inch, users get access to the highest value of liquidity available. According to DeFi Pulse, the 1inch liquidity protocol is currently ranked at number 26 with $258.2 million in TVL.

The foundation engages adopters and maximizes the network’s decentralization through growing stake owner numbers and their participation in DAO governance. It incentivizes individual developers and teams to build on the 1inch Network’s protocols and contribute to protocol evolution through a grant program.

According to a blog post explaining 1inch Network, 1inch Labs is a key contributor to the protocol. It is a decentralized group of software builders that develop a range of open-source protocols governed by users through the 1inch DAO.

1inch Liquidity Protocol is an automated market maker (AMM) that facilitates decentralized token swaps without the need for an order book. 1inch smart algorithm is designed to capture value typically captured by arbitrageurs to provide liquidity providers with competitive returns compared to other AMM designs.

Mooniswap was launched in August of 2020. According to the 1inch team, Mooniswap is the next generation of an automated market maker with virtual balances enabling liquidity providers to capture profits otherwise captured by arbitrageurs.

This means that Mooniswap is designed to increase earnings for liquidity providers and prevent arbitrageurs from earning an unfair percentage of token swap slippages. The model adopted by Uniswap gives opportunities to arbitrageurs, often at the expense of liquidity providers (LPs). But Mooniswap addresses this issue by allowing LPs to act as arbitrageurs. Some estimates say that this can increase LPs earnings by 50-200% when compared to those of Uniswap.

According to the protocol, transactions on 1inch are up to 42% cheaper because of using its own CHI GasToken, an ERC20-standard token. To hedge against the high gas fees on Ethereum, GasToken was created. GasToken is a more liquid form of gas because it can be bought and stored at times when gas is cheap and released when gas is expensive.

1inch DEX aggregation protocol is the much-talked protocol of the 1inch ecosystem. It facilitates cost-efficient and secure atomic transactions by utilizing a wide range of protocols and performing argument validation and execution verification.

Users leverage the Aggregation Protocol anytime they interact with 1inch to find and execute the most efficient transactions across DEXes. When using a crypto exchange to place large orders, traders are often caught out by slippage. If a trading pair has low liquidity,  even a modest order could dramatically push up a low-cap asset price.

1inch DEX aggregation protocol splits a swap between many protocols via Pathfinder, API containing a routing algorithm, which finds the best possible paths for a token swap in the shortest possible time. Pathfinder finds the best trading paths across multiple markets, taking gas costs into account. Pathfinder operates on Ethereum and Binance Smart Chain (BSC), supporting CHI gas token, which enables users to save up to 40% on gas fees.

According to data available, swaps are split across 21 supported liquidity protocols, using different ‘market depths’ within the same protocol. All major protocols are supported, including Uniswap v1 and v2, Balancer, Curve, Kyber, SushiSwap, DODO, Oasis, Mooniswap, and many more.

After the launch of 1inch V2 on November 25, 2020, in December 2020, 1inch Foundation launched its 1INCH governance token, and the 1inch Network began to be governed by a decentralized autonomous organization (DAO). Ninety million 1INCH tokens were distributed to anybody who made a trade on the platform before September 15th, 2020, or made a total of four trades totaling at least $20.

The main way to earn 1INCH tokens is by providing liquidity to 1inch’s liquidity platform. The token can also be bought from exchanges. The current total supply of 1INCH is 1.5 billion tokens. 30% of the total token supply has been allocated to community incentives, and they will be unlocked and distributed over the next 4 years.

14.5% of the supply, unlocked over 4 years, will form the protocol growth and development fund. It will be used to issue grants, attract developers to build on and improve 1inch protocols, finance audits, and compensate users for their losses due to unforeseen circumstances.

1INCH powers an innovative governance model, known as instant governance. According to the 1inch team, most governance models are not designed to adopt protocol changes quickly to respond to the rapidly evolving market. 1inch’s ‘instant governance’ aims to reshape the DAO model by making it easier for token holders to make changes to the protocol and circumnavigates many of the inefficiencies of many current DAO models.

On March 16, 2021, 1inch Network unveiled version 3 of the 1inch Aggregation Protocol, which facilitates lower gas fees. Currently, the biggest issue the Ethereum network is facing is high gas fees, and the main improvement in version 3 is the ability to substantially reduce gas fees thanks to assembly code optimization.

According to 1inch, swapping ETH for DAI on 1inch requires 10.3% less gas than the same trade on Uniswap and 4.9% less than on 0x.