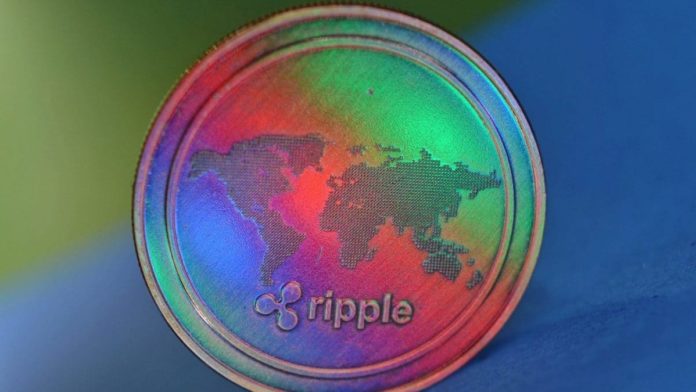 After a week-long downturn, the cryptocurrency market heaved a sigh of relief. Bitcoin (BTC), Ethereum (ETH) along with several top coins have gained in the last 24 hours. Amidst the positive notes, XRP is one of the top gainers, leaping nearly 15% over the past day.

According to CoinMarketCap, XRP is up more than 12 per cent in the last 24 hours, currently hovering at $0.386. The rally pushed XRP’s market cap up to $19.341 billion. Following the FTX frenzy, XRP along with other major tokens witnessed a bloodbath that reverberated across the entire crypto ecosystem. Although XRP seems to be rising, the digital assets have been down 12.86 per cent over the last 7 days. 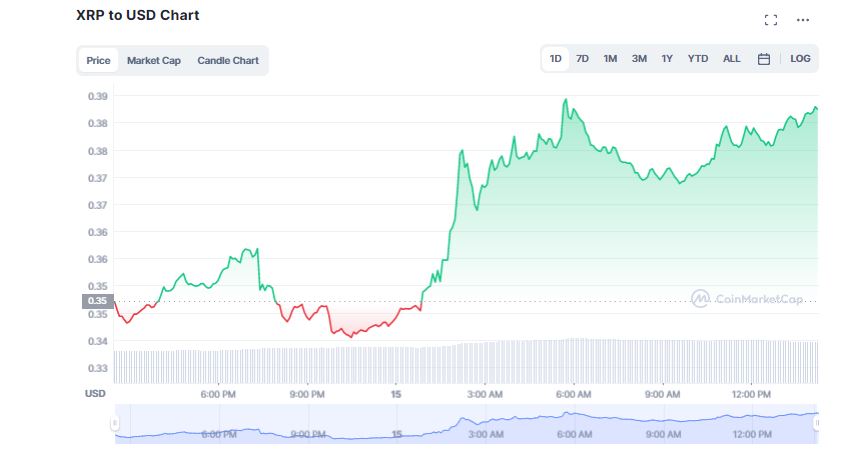 Will XRP Spark Another Rally?

XRP’s recent low was formed near $0.32 before the spike cleared the $0.35 resistance. The digital token seems to have outperformed the two major cryptocurrencies, Bitcoin (BTC) and Ethereum (ETH).

It is possible the rally is inspired by increasing confidence that the token’s parent company Ripple might win the case against the U.S. Securities and Exchange Commission (SEC). Ripple Labs has gained quite a few advantages over the past couple of months over the regulatory agency.

On November 15, the makers of XRP have been granted motions to file amici briefs. The amici status permits individuals to assist in court hearings and allows them to file “friends of the court” briefs.

The documents cover a 2018 speech given by William Hinman, former Director of the SEC’s Division of Corporation Finance, where he specified that Ethereum (ETH) cannot be considered a security.

Even investors seem to be confident of Ripple’s victory in the two year-long legal feud. As per a CoinShares report, investors are positive about Ripple’s victory as they showed consecutive weeks of growth in XRP investment products. However, several market anaylsts believe XRP prices will strongly depend on the outcome of the SEC case. If the ruling goes agains Ripple, XRP may face a downward correction.