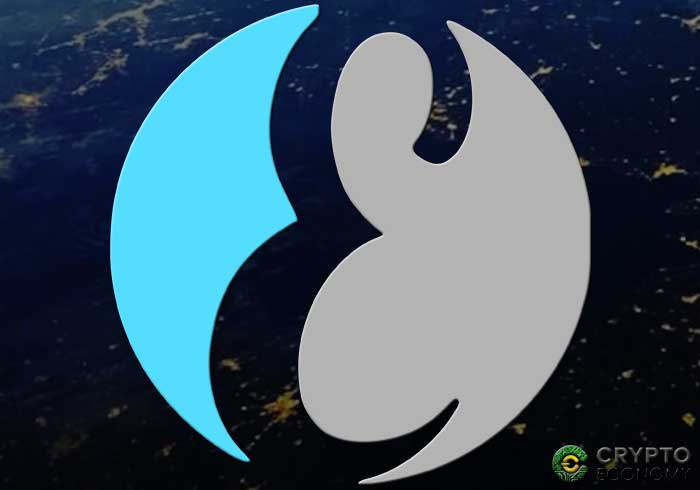 Wikipedia co-founder Larry Sanger was among the speakers who graced this year’s Malta Delta Summit that was held in Malta from 3rd to 5th October. Also among the lineup of the speakers was Binance CEO Changpeng Zhao, Dr. Abdalla Kablan, the CEO of DELTA Summit and Maltese Prime Minister Joseph Muscat.

Sanger’s presentation mainly focused on his new project Everipedia.org which is a direct competitor of Wikipedia based on the blockchain technology.

Launched in 2015, Everipedia was created as a fork of Wikipedia seeking to correct some of the challenges plaguing the seventeen-year-old renowned crowd-sourced knowledge database. According to Alexa, an Internet-based statistics website, Wikipedia is ranked 5th most trafficked website in the world pulling 18 billion page views every month.

Sanger co-founded Wikipedia with Jimmy Wales but left shortly after its launch in 2002 to cofound another project named Citizendium a startup that would help achieve greater accuracy and credibility to open-sourced information on the internet.

However, since his exit from Wikipedia, Sanger has been a notable critic of his creation pointing out some of the challenges of running an open-sourced knowledge base. In 2015, Sanger argued in a blog post announcing the launch of Everipedia that the major challenges facing Wikipedia included the insufficiency of editors and content contributors.

Wikipedia reportedly has a mere 12,000 editors checking contributions from an arguably small group of 129,672 active writers. The main reason that Sanger thinks this is the case is the lack of proper incentives to encourage more volunteers to the project.

Giving his presentation at the Summit, Sanger also revisited this point and stated that Everipedia was created to solve this problem in particular among other challenges facing Wikipedia. Everipedia is the first online encyclopedia fuelled by its own unique ‘IQ’ utility token, where editors and content creators for the first time ever will be rewarded for their ongoing efforts and contributions.

The token scheme will also ensure that Everipedia is governed by the holders of the IQ token. Based on the blockchain, Everipedia will be decentralized and therefore resistant to censorship – something that is also proving a challenge to Wikipedia that is currently censored in over ten countries including Saudi Arabia, China, North Korea, Russia, and Turkey.

The nature of the Everipedia database is that it will be hosted by the platform users thereby eliminating a single point of attack by the government and also preventing the government from censoring the access to certain servers as has been previously witnessed.

Sanger had the following to say during the presentation, “Thanks to new technology, it’s now possible to move beyond Wikipedia just as we moved beyond Britannica almost two decades ago.”

The Maltese Prime Minister also talked during the event expressing his satisfaction of his government and state’s lawmakers on their efforts towards making Malta the European ‘Silicon Valley’.

In July, the Maltese parliament passed into law three bills that will take effect come November this year that will help define a positive environment for the crypto space. The Prime Minister also stated that his government’s “the next big idea” would be to focus on AI technology.

0
Everipedia, the decentralized information sharing platform that intends to rival Wikipedia has announced the launch of its operations on the EOS platform instead of...
Read more
- Advertisment -