Home Opinion Why the News About the War Between Russia and Ukraine Affects the...
FeaturedOpinion 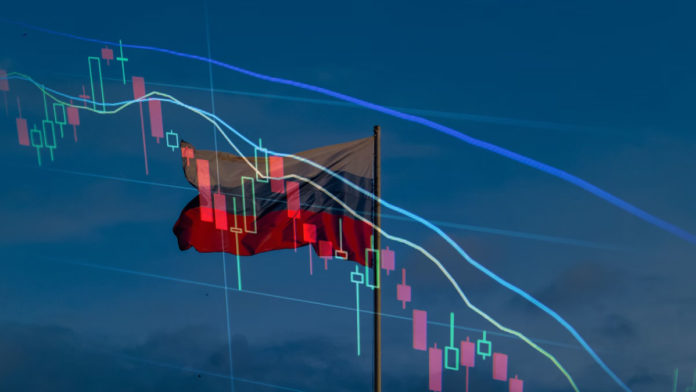 Some may think wars can’t affect the crypto market but it seems the tensions between Russia and Ukraine may have big impacts. Currently, Russia is conducting military drills near its border with Ukraine, and the US has deployed 8,500 troops to the region in case a conflict breaks out.

Tensions between Russia and Ukraine over the latter’s future NATO membership have risen to unprecedented heights in recent days, and while representatives from both countries are meeting, the situation remains highly unpredictable. And, considering how linked the world has become in recent decades, financial markets, including cryptocurrency, remain unclear.

The impact of the Ukraine-Russia situation on the crypto-asset market, according to a number of analysts, may not be as severe as you may think. However, this is significant since other variables, primarily macroeconomic ones, are currently pulling the market down.

Wars And Traditional Markets According To History

History shows that periods of uncertainty, such as the one we’re experiencing today, are when equities suffer the most. Many researchers have studied post-World War II military conflicts in the United States and discovered that when there is a pre-war phase, an increase in the likelihood of war tends to lower stock values, but the eventual outbreak of war boosts them. When a battle breaks out unexpectedly, however, stock prices plummet.

Because Russia is a major producer of crude oil and natural gas, with pipelines connecting it to much of Europe, a conflict with Russia might lead oil markets to become volatile. Higher energy prices could result if Russia shuts down the spigot or has its oil infrastructure harmed.

Interruptions to ports in the Black and Baltic Seas might cause even more shipping problems, as grains and other commodities are held at sea. This could lead to food inflation.

As an example, World War II was a global struggle that arose from the Great Depression, a global upheaval that destabilized governments, economies, and entire nations. In Germany, for example, Adolph Hitler and the Nazi party rose to power partly because Hitler claimed to be able to turn a weakened Germany into a self-sufficient military and economic power capable of controlling its own destiny in European and international affairs, even as liberal powers such as the United States and the United Kingdom were buffeted by the depression.

Differences Between The Crypto Market And Traditional Markets

Traditional markets and cryptocurrency markets clearly vary in certain ways. The following are some of the differences:

Furthermore, financial institutions can offer various crypto-asset-related services (such as custody) that could improve accessibility and encourage the usage of crypto-assets, hence incentivizing crypto-asset holdings and investments.

Control of their assets

In comparison to traditional marketplaces, Bitcoin and other crypto users have more control over their assets. Having secure wallets and crypto management software allows them to truly own their assets rather than having them held in banks.

Although some users delegate ownership by keeping their coins in centralized exchanges, keeping a coin in a personal wallet usually means maintaining custody for complete control.

The most significant benefit offered by bitcoin and other blockchain-based assets is the creation of a completely transparent trading system.

The transparency of bitcoin may be a concern for those individuals and corporations who wish to avoid transparency, such as in the non-declaration of certain taxes.

Cryptocurrency, on the one hand, is completely anonymous. On the other hand, it is fully transparent and auditable.

It’s anonymous in the sense that you can keep a crypto address without revealing your identity. One individual may have numerous addresses, and there would be nothing connecting them or indicating that the person owned them in principle.

Sending and receiving virtual cash is similar to writing anonymously. If a pseudonym is ever linked to an author’s identity, everything they’ve ever written under that pseudonym will be linked to them.

To prevent being tied to a common owner, it was also recommended in the original Bitcoin whitepaper that users use a new address for each transaction.

However, anonymity is unattainable in traditional financial markets. For trading, you must have a bank or exchange account, and you must reveal your identity. To put it another way, traditional markets can’t function without knowing who their customers are.

The most appealing feature of cryptocurrencies is their substantially lower transaction fee, which is typically less than 1%. On the other hand, it is common knowledge that any transaction made using a credit card, or other traditional means incurs a fee of 3–4%.

Because there is no centralized governance of the cryptocurrency market, it is normally open for trading 24 hours a day, seven days a week. Cryptocurrency transactions take place on cryptocurrency exchanges all over the world, between individuals. Traditional markets, on the other hand, have working hours, and traders should base their trading hours on the exchange’s operating hours.

Should The Wars Affect The Crypto Market, Or Should They Show Their True Potential?

However, regardless of whether it is the crypto market, forex market, or any other market, any battle can have significant financial consequences around the world. Experts, on the other hand, believe that Bitcoin and other cryptocurrencies should remain independent and that wars should have no impact on the market.

So why are they behaving the same way?

There are numerous reasons why a conflict affects every financial market. Everything is affected by the state of political relations. Large-scale wars, such as the one that may erupt in Ukraine, inevitably have far-reaching consequences. However, there is another reason why these fights have an impact on the crypto market.

Traditional market capitals are also present in the crypto market, causing their movements to have a worldwide impact. Big financial organizations have entered the market and are investing in both traditional and crypto markets, putting it simply. When investors are apprehensive, they may shift their investments, causing substantial price adjustments across the board. It could be either price pumps or price dumps.

We know that the two countries’ issue has had some ramifications in the financial world, including the bitcoin market. Despite this, most experts believe that causes other than Russian-Ukraine tensions are to blame for the drop in recent weeks.

Although many analysts believe that the Ukraine crisis would have a limited impact on Bitcoin and cryptocurrencies, they also predict that in the event of a direct armed conflict between the two nations, its range of influence will expand.