Home CryptoNews Why 2021 is the Year of the NFT?
CryptoNewsNFT 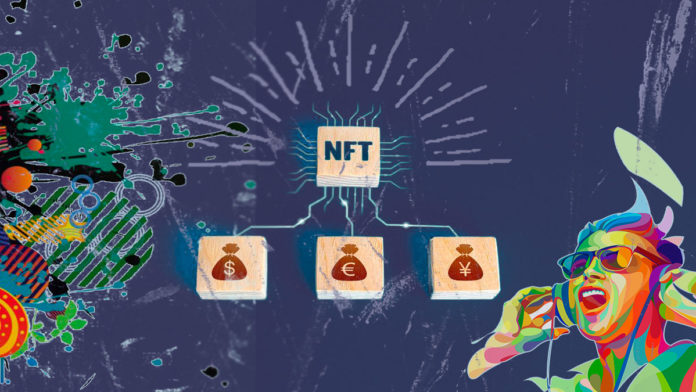 If you’re following the crypto market closely, you’ve surely heard about NFTs. Non-fungible tokens are all the rage in 2021, offering unique digital pieces of art (music, videos, artworks) that sell to the highest bidder. When we say the highest bidder, we don’t think of hundreds of dollars. NFTs sell for millions, which is the complete opposite of what they were worth when first created in 2017.

The recent NFT boom has put investors of notice. We may be in the year of the Ox according to the Chinese calendar, but when it comes to the crypto market, 2021 is the year of the NFT.

Running to the Forefront of the Crypto Space

The recent NFT boom has seen digital pieces of art sold for over $1 million each. 2021 has seen a major uptick in NFT popularity, both in online search term interest and NFT marketplaces recording best-ever trading volumes. Individual NFTs are selling for massive sums of cash, so if you have a knack for digital artwork, an e-wallet, and an NFT marketplace account, you can sell your own videos, music, or art pieces possibly for millions of dollars.

The NFT drop list is constantly growing, with many new artists joining the fray. Non-fungible tokens have given artists a new channel for their creativity, and that’s fuelled by the massive sums of cash NFTs sell for.

Don’t believe the hype? Earlier this year, digital artist Beeple sold a collection of over 5,000 of his earlier artworks for a reported $69.3 million. The artists expected a high price, but couldn’t dream of that much cash. All 5,000 artworks were bought by Vignesh Sundaresan, an Indian collector who says that the point of the purchase is to show young Indians and people of color that they can become patrons too.

Beeple’s almost $70 million fire sale still holds the record, with CryptoPunks coming on the second spot. A collection of digital pixelated faces that can be used for avatars, this collection sold for $11.8 million. These faces are a collection of randomly generated set of 10,000 characters that were initially the first NFT built on the Ethereum network.

In 2017, they were given for free, but seeing the current crypto boom, their designers decided to sell them online. They expected a nice profit, but couldn’t believe their eyes when they sold for nearly $12 million.

Other million-dollar sales so far this year show that 2021 has been the year of NFT. With numerous artists planning the release of unique NFTs, the market is set to grow in the coming months and years. It’s currently projected at over $1.5 billion, a number no NFT enthusiast could ever dream of.

The digital world is changing before our eyes and hitting new records every day. We expect NFTs to hit new heights pretty soon, maybe even topping Beeple’s collection.